After having sent an open letter to the Minister of Overseas, Annick Girardin, and her intervention on CNews, Babette de Rozières applies her right of reply to the Minister.

The chief expressed her indignation and her exasperation concerning the treatment of Overseas in the fight against the coronovirus and deplored the lack of infrastructures and sanitary means.

Annick Girardin wants to demonstrate that the Overseas Territories are not forgotten but that the insularity of the territories and the state of the infrastructures place them in a situation of health fragility. This is why, total containment was applied from March 16 as in the whole country, 15 days after the appearance of the first case overseas, on the island of Saint Martin, before the so-called epidemic phase.

After the limitation of flights to the French overseas departments and territories and the ban on air transport except on imperative grounds on March 23, the dispatch of 2 helicopter carriers in order to provide freight and logistical and health support, it was decided l application of a “fortnight” on the arrival of travelers on March 30 to prevent the spread of the virus. Since March 31, it is possible to recruit health specialists from foreign countries. Orders for masks and hydroalcoholic gel have also been placed by the State and local authorities, as everywhere in France. Since the start of the crisis, shipments have been made. The government consulted the elected representatives of all the territories to take decisions and protect the inhabitants with more restrictive measures than in France (staying at home, not seeing your loved ones anymore, respecting the curfew)

“Madame de Rozières, it is not time to play politics. In this period when everyone must lead by example, your nervousness will only make sense if it helps prevent the spread of the virus. There are other ways to use your notoriety, for example by reminding people of barrier gestures or using the jeveuxaider.gouv.fr platform. ” said Annick Girardin.

“You thought you should call me on” twitter “following the forum that I posted on the networks and my intervention on CNEWS”, replied the Antillean chief who sounded the alarm with the authorities and the President of the Republic in front of the alarming report reported by his compatriots ultra-marine.

“You felt targeted, while I deliberately ignored you. Your compulsive reaction is unworthy and inappropriate in view of the ministerial functions entrusted to you by the President of the Republic and I in no way authorize you to make inappropriate comments and to make value judgments on my statements. ” she said.

While having at heart to want to rethink the hospital system in the overseas territories, to talk about the alarming health situation in Mayotte where Dominique Voynet has been appointed since January 2020 director of the ARS, but also the lack of resources and concern of Guadeloupeans, Guyanese, Tahitians, Caledonians, Reunionese, Martiniquans, Babette de Rozières insists on “reaching the ultra-marine territories, for lack of political will to set up a coherent health service and worthy of a country like France “, based on the many testimonies of people deprived of water in Guadeloupe, masks, tests in Reunion …

“It is not playing politics to draw the attention of institutional decision-makers to these serious public health issues. I do not have the power to make decisions, but you are a minister and you have a duty to intervene in the context of the health emergency in the face of this discriminatory and scandalous situation. ”

“This is why; beyond any controversy that you seem to want to have with me, I urge you to urgently provide a sufficient number of caregivers stationed in our territories and our populations, respirators, masks, gowns, gloves, drug tests, doses of hydroxychloroquine, drugs and all medical equipment to treat the sick. ”

In addition, it would be necessary that “the State builds on the spot nomadic hospitals to come to the aid of our fellow citizens suffering from covid 19 as has been done in metropolitan France succeeding China.

Since April 3, the operation “RESILIENCE” (military operation carried out by the French Army on its national territory from March 25, 2020, in the context of the Covid-19 pandemic in France) took effect, it n will arrive in the territories only on April 15. On the other hand, the transport of masks by air is still insufficient, the population and the medical staff are in the extreme emergency and await a massive arrival of medical equipment.

“You would commit your responsibility with the Government not to meet the legitimate expectations of ultra-seafarers in danger of their life if the Overseas Territories were to become” The Tomb of the Republic “,” added the councilor regional. 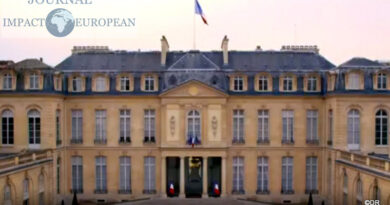 The casting is over, we know the actors of the new government