Cécile Mukendi-Papa: general practitioner and mother, launches into the municipal battle to save the city of Evry, a mosaic city built by the citizens of the five continents of the world.

Doctor attached to society and social life in her city for 25 years, she organized a press conference Thursday evening for her candidacy for the municipal elections, which will be announced on February 23, hoping that she will be able to build a bridge strong with the population of Evry, which has a majority of young people over 50%.

Cécile Mukendi-Papa, born to a Congolese father and a Belgian mother, loves culture and diversity due to her origins.
Emigrated to France with her family because of her father, a political refugee, who wanted to build democracy in the Congo, she finds peace and thus finds the possibility of a successful career in France, the land she loves and which has restored his feelings.

As a doctor, she managed to get closer to the culture of each citizen in his case, helping him to stay in touch thanks to his profession which she exercises 7 days a week and her career of more than 25 years.

Cécile Mukendi-Papa has a vision of coexistence and unity for citizens of his city, social influence through good
collaboration with associations from different social structures and cultural, hence his candidacy, knowing that the municipality needs extremely important support to structure an effective environment for general development from all strategic, economic, cultural, ecological, urban and health points of view, knowing that to date, Evry has no plans for a future strategy of development.

In her project, as a candidate, she provides a very rich program for the construction of a future city; an idea to live in harmony and develop in the system of coexistence between citizens and the administration, one could say a development sustainable and ecological from a health point of view, considering that Evry is currently experiencing multiple housing problems in terms of maintenance but also sanitation, having faced bedbugs and humidity but also asbestos, that pose a problem for the tenant’s health causing illnesses like asthma.

Cécile Mukendi-Papa, has a determined program to support society from all points of view, from health to cooperation between the administration and associations or even employers and small businesses, to create crèches or even offer a possibility 24 hour public transportation.
Regarding leisure, she plans to propose the creation of a “RAP” festival and a film school where clips would be edited. At the same time, she would like to develop a program for small traders by helping their economy while giving them the opportunity to transform the city into a real commercial and cultural spectacle, largely becoming a city by night.

At the same time, it wishes to introduce a family support program intended largely for mothers who are victims of domestic violence and their children to be able to integrate more quickly into society, but also to combat school bullying, dependency. alcohol and drugs, particularly among young people in Evry.

Ecology and sustainable development are concepts linking environment, natural resources and living organisms; they are placed at the heart of Cécile Mukendi-Papa’s program, based on sustainable ecology and the installation of solar panels in order to successfully produce green energy and optimize ecology by using, for example, green manure instead of chemical fertilizers, for an urban economic recovery.

The candidate also wants to build social support for the homeless and help them have a roof over their heads. She wants to include a training and reintegration project in society.
For all this, Cécile Mukendi-Papa offers a fairly well defined plan if she sits on the mayor’s chair, wishing to help each neighborhood group but also associations to be able to have financial support for her suggestions but also an urban plan where everyone can propose their idea of ​​building a thriving city from any strategic, economic and ecological or socio-cultural point.
Cécile Mukendi-Papa, candidate for the municipal elections of Evry does not wish to remain only one mandate if she is elected mayor and leaves the right to other candidates for the future: ”it is important to give everyone a chance but also to create projects that will help the a city with a real international and national economic and socio-cultural image, ”said the candidate at the press conference.

“The city of Evry is the city which belongs to the whole world, having citizens from 5 continents; together we can build a mixed capital by giving me a chance as mayor. ” 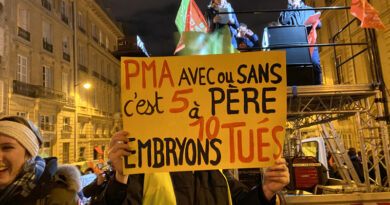 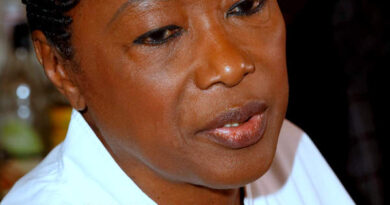 Cry from the heart, rant, Babette goes to war…. 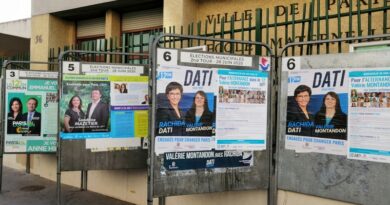 Second round of municipal elections and record abstention update