The health crisis recommends staying in France for the summer holidays. It is therefore the way to discover the heritage of the country and hitherto unexplored activities such as visiting castles.

Located north of Paris in the Hauts de France region, in the department of Oise (60), the Château de Pierrefonds is located on the edge of the Compiègne forest.

Logis from the 11th century, of which the cellars are the only vestige, the castle became the property of King Philippe Auguste at the end of the 12th century and then included in the royal domain.

On the death of King Charles V in 1392, it returned to the Orleans family and was then completely destroyed under Louis XIII. While the Middle Ages and medieval remains are back in fashion, Napoleon I decides to buy the ruins and restore the castle. It was not until Napoleon III and the architect Viollet-le-Duc to see the restoration begin in 1858. After 4 years of work, it was decided to make this medieval-style castle a future imperial residence to exhibit the collection. arms and armor of Emperor Napoleon III. The death of the architect in 1885 and the lack of money led to the stoppage of the site 6 years later despite it being taken over by his son-in-law Maurice Ouradou then Juste Lisch.

Viollet-le Duc was inspired by different styles for the exterior. The building has the aspect of a fortified castle with its keep and its 8 towers 40 meters high, its medieval defensive system with drawbridge and double ramparts, its machicolations, loopholes, watchtowers, rampart walk with gargoyles, footbridges, porticoes and galleries, and stunner as well as the reconstruction of 2 medieval assault vehicles.

Even if the Gothic style predominates in the architecture, that of other eras is found mingled with the inspirations of the builder as in the interior courtyard with its Renaissance galleries. For interior decoration, we are witnessing a work of invention and creation much more than restoration. He invents a “neo-medieval” style around volumes with sculptures, furniture, woodwork, a polychrome painted decoration in the 50-meter-long Salle des Preuses, he reconciles medieval remains and the life of the court in time of Napoleon III, the “troubadour style” very popular during the Second Empire and “Art Nouveau” that will be found in the 1900s. The Château de Pierrefonds is an example of French know-how.

By virtue of its constitution and decor, the Château de Pierrefonds attracts directors such as Luc Besson for “Joan of Arc”, Christian Clavier for “The Visitors” or the BBC for his series “Merlin”.

In the crypt, stands “Le bal des Gisants”, a permanent exhibition, sound and light where moving lighting, whispered poems, murmurs, sound and audiovisual atmospheres give life to a hundred recumbent figures (A recumbent figure is a funeral sculpture by the ‘Christian art depicting a character lying flat on his back, living or dead in a blissful or smiling attitude, the effigy usually being placed on top of a cenotaph or, more rarely, a sarcophagus) and prayers (a prayer leader or praying is in religious art, a character represented in an attitude of prayer, often kneeling, arms raised or spread, sometimes in front of a prie-Dieu). These plaster casts sculpted with lights were commissioned by Louis-Philippe for the National Museum of the Palace of Versailles, most of which came from the necropolis of the Cathedral Basilica of Saint-Denis and made by the greatest artists of their time. Among these recumbent figures are certain figures who have marked the history of Pierrefonds, such as Louis and Charles d’Orléans or Valentine Visconti d’Orléans.

The castle is classified as a historical monument and is managed by the Center des monuments nationaux.

Following the health crisis, few tickets are available on site. It is strongly recommended to buy tickets online at www.chateau-pierrefonds.fr
Warning ! Tickets are time stamped, so take into account the 20 min walk between the village and the entrance to the castle.

Rambouillet presents its castle and its history through churches and museums 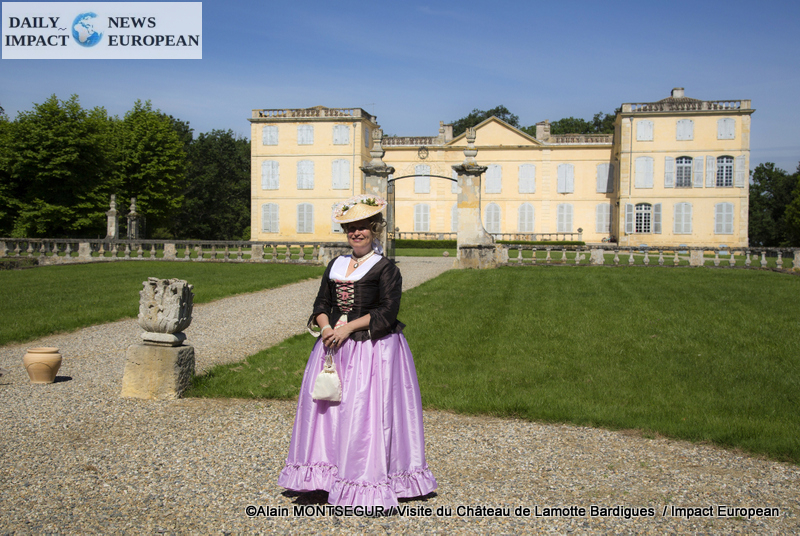 Back to the 18th century at the Château de Lamotte Bardigues