CULTURE Travel WORLD
3 juin 20193 juin 2019 Gabriel MIHAI “first and the last, “The appalling consent”, 1881, a horse, Brigitte and Gilles Delluc, cave, Christian Tréguier, clothing, dozen absolutely splendid works, France, François Daleau, head trophy, its huntings, its wars, just north of the estuary of the Gironde”, life of Sapiens, nineteenth century, of Néanderthal, on the life, Par-not-Par, Prignac-and-Marcamps, Taramis, the armament of the time, the GIRONDE, the habits, the massacre of the Néandartaliens last, the way of behaving with the enemies
Please follow and like us:

Do you know the prehistoric cave of Par–not–Par, near to Blaye? Discrete, one of oldest of the world, it testifies to the first artistic steps of humanity. The drawings that our remote ancestors and their preserved place of life left there, insufflate an incredible emotion.

Discovered at the end of the nineteenth century by François Daleau in 1881, the cave of Par–not–Par is located at the exit of Prignac–and–Marcamps, one of the oldest prehistoric places with traces of intimacy of our remote ancestors.

First identified fossil man, contemporary of Homo sapiens, the Man of Néandertal suffered a long time from negative judgments compared to the modern Man. Progress of the prehistoric archeology since years 1960 has in fact revealed mankind of a certain cultural development. It controlled various techniques advanced like joining with the pitch of birch, and certain fossil vestiges gone back to less than 70,000 years are regarded as burials testifying to funerary rites.

Many points still remain to be elucidated, like its precise ascent as well as the date and the conditions of its extinction after more than 400,000 years of existence. The last known Neanderthal vestiges fossil or archaeological are gone back to less than 30,000 years, in the south of the Iberian peninsula, in the Crimea, and in the Caucasus. However, these datings remain discussed within the scientific community.

It is what Christian Tréguier tries to discover through a detailed and ludic analysis which carries us in the middle of a forgotten world, in the vestiges of our common past.

While letting express the walls engraved by our ancestors, let us try to understand what was the life of Sapiens, Néanderthal and the animals which populated these regions then.

Christian Tréguier, “request officially that this test which gives the answer to the enigma of the disappearance of Neandertal is considered following the example of a report of thesis on work and can be worth to him to be invited to in 2019 support its thesis in front of a jury.

Under a timbered hillock, have been preserved for more than 30,000 years of engravings of animals whose horse with turned over head, very first collecting of the movement in Article Women and men of prehistory, Neandertal like Homo sapiens, lived there. Traces of its regular occupation remain, a source having dug a basin in the cave.

Christian Tréguier, impassioned by prehistoric art thinks of having updated of interpretations of works of a cave in the Gironde.

Christian Tréguier, this technician is impassioned “since always” by parietal art, in a work which it defines as a “memory of thesis”, it explains his research and lucky finds on the cave of Par–not–Par, located at Prignac–and–Marcamps, in the Gironde.
Its thesis, it would wish to support it in front of a jury in 2019. Without university course in this field, here which poses problem somewhat, but a question arises: how does one come from there to write a book on such a subject? “I discovered a Neanderthal man”.

“First Saturday of March 2009, comfortably sitted in my armchair, I divided into sheets a review which I appreciate much for the quality of his articles. I want to speak about the Archéologia review. This day, it was number 451.”

As from this moment, is born a great interest for the place; it will not have of cease to be interested in the cave of Par–not–Par, and a “sensational discovery” which it has “the chance to make directly” is born.

“On page 12, was spread out full page, a stereotype taken by Mister and Mrs Delluc, both eminent prehistorians who me spontaneously and gracefully yielded the rights of it. This photography shows us the emblematic engraving of this site: this famous Agnus dei… A horse called thus by its discoverer François Daleau, the archaeologist who discovered the site and excavated it meticulously since 1881. It found to him some similarities with the paschal lamb which decorates one of the capitals of a church close to the site.”

If he hitherto did not have any doubt as for his readings about parietal art, it is not any more the case. He wonders, inter alia things, about one of the representations of the cave: a horse.
“I have doubt because the horse is badly read. There exists, but its head is not there. I am likely to know the horses, it is for that that challenged me. If not, I would have accepted, like everyone. ”
During nine years, he gets caught up and carries out, of at his place, “assiduous research”. Not being able to carry out research on site, it rests on two photographs given by Brigitte and Gilles Delluc, archaeologists. These stereotypes, it colourizes them to underline the elements which it sees and to support its speech.
It finds a dozen interpretations then that it puts in writing. Perhaps “I have the eye, I do not know. ”

“I realized in November 2009 that my interpretation was erroneous. The meticulous personal study that I made of this engraving changed this fisherman into valorous warrior of the very first wave of modern men who broke unrelentingly on this Neanderthal territory. This hero, is represented accompanied by several comrades themselves here carrying trophies posed on their cover–chief… This engraving describes us one particularly horrible moment: that where these sanguinary killers, finally removed from unfavourable defense, located the hiding–place of the population without defense and ruent the weapon held up, straight on the women, children and old men Neanderthal… to massacre them! Sordid detail: this unhappy population had taken refuge all at the bottom of a cavity, at the place–even which was used to him as cemetery. The killers walk briskly in the middle of the skeletons. ”

“Here the first head trophy of the garland of victory of the principal hero of engraving whom I discovered with Par–not–Par, cave decorated with the Gironde, France. Suspended on the right shoulder of the hero of engraving, it is visible of right profile. The right ear seems missing. With Par–not–Par in the Gironde, France, four Neanderthal heads attached by hair on the garland of victory of the frightening hero of superb and horrible engraving which openly acknowledges the massacre of the clan of Par–not–Par. ”

Another interesting question could be posed: Did each tribe fight only the detested enemy who was in limit of his territory?

“I highlighted the interesting layouts of them. You thus see the killer/hero in action. Two stuffed heads decorate its cover–chief. There could be one or two others of them well. (in this cave, another warlike scene shows a Sapiens warrior cutting the throat of a Sapiens sentinel. The killer carries three stuffed heads posed plays against cheek above his head. Its victim carries only one pretty hairstyle of feathers falling down in range on the left side… very interesting detail: these works are coded! They are directed, one with 90°, (case of the massacre of the Neanderthal clan), the other, case of the elimination of the Sapiens sentinel, with 180° of the normal. These works were thus booked with the sight of the warlike elite of the clan.”

Christian Tréguier was challenged by one of engravings of the cave of Par–not–Par, it published a novel: The appalling consent with the Persée editions, in the collection “archives of time”. Its history is base around an engraving, carried out some 35,000 years ago, which it discovered in 2009, by reading a review of archaeology number 451.

“It is disproportionate. The neck is too long, the back legs step good, the head is more that of a tricératops that of a horse. That challenged me. ”

While turning the photograph of engraving, it sees a man there. From there, he imagines the account of the life of Taram, “his life, his huntings, his wars”.

If its hero is called Taram, it is in reference to “Taramis, the god of the war of the Celts”. In his book, Christian Tréguier romanticizes the life of the various characters of the clan and evokes “the massacre of the Néandartaliens last. ”

Christian Tréguier, gives his hero, the lifestyle, the habits, the armament of the time, clothing, the way of behaving with the enemies. “The book is hard”, the author considers who justifies this hardness by stressing that “it is the war”.

“First and the last, just north of the estuary of the Gironde” appeared at editions Amalthée and the historical novel entitled “the appalling consent” published at Persée, an answer to the enigma of the disappearance of Neandertal from which is born a great interest for the place. This test gives to Par–not–Par a good dozen absolutely splendid works, on the life, its huntings, its wars, the massacre of the Néandartaliens last, discovered in the sight of the author in his scientific version. 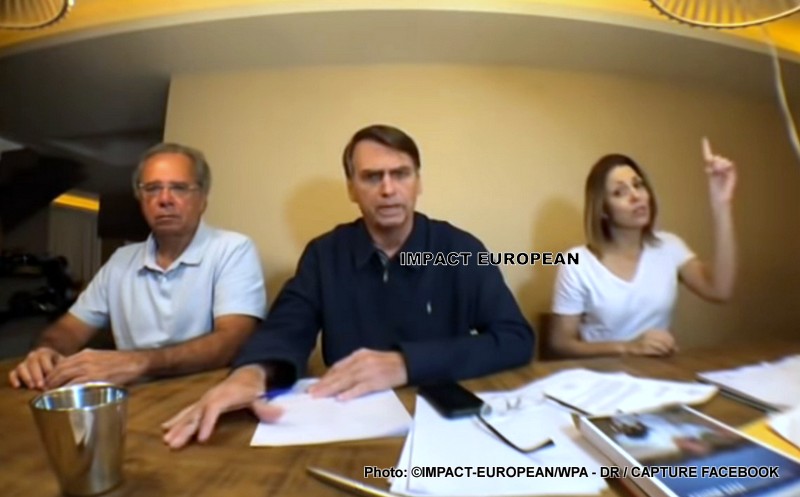 Presidential election in Brazil: Bolsonaro and Haddad for one 2nd turn 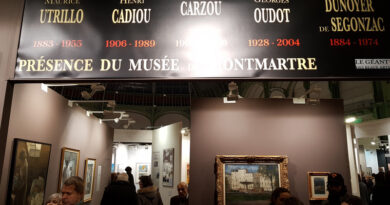 ART CAPITAL, contemporary art under the nave of the Grand Palais 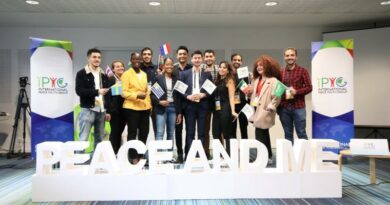