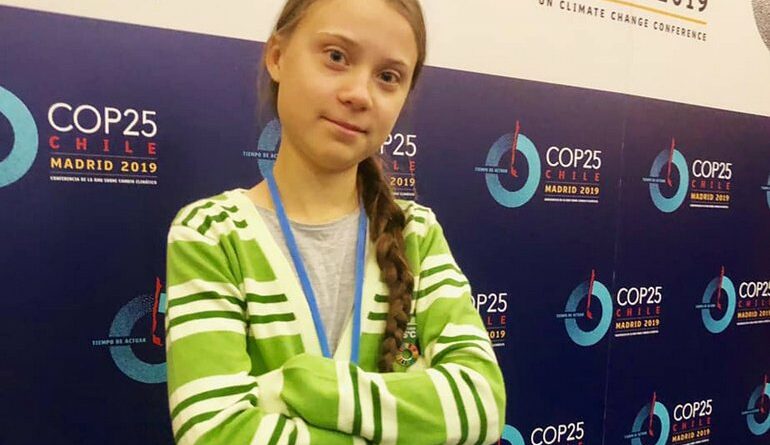 Swedish environmental activist Greta Thunberg has been named “Personality of the Year 2019” by Time magazine, becoming the youngest winner in this category.

At 16, the girl has been campaigning for several years for the fight against global warming. She says she has been interested in it since the age of 9. Despite her youth, she does not hesitate to oppose the greats of this world to impose her ideas.

At 11 years old, following an 8-month depression, we detect on her an Asperger’s syndrome (form of autism without intellectual deficiency, nor speech delay), an obsessive-compulsive disorder, a deficit disorder with or without hyperactivity and selective mutism. This does not prevent him from imposing his firm ideas on the climate with conviction.

2018 is a great year for her since in May, she is one of the winners of the climate writing competition, organized by the Svenska Dagbladet. Following this, she met Bo Thorén, an environmental activist from the start, whose association “Fossil Free Dalsland”, created in 2013, seeks to put an end to fossil industries in Dalsland (historic province located west of Sweden).

Summer 2018, when she was only 15 years old, she protested before the Swedish Parliament against inaction in the face of climate change, refusing to return to school until the general elections of September 9 following. Become vegan, she refuses the superfluous purchases and stops taking the plane just like her family. A few months later, in November, she decides to launch the “School strike for the climate” (Skolstrejk for klimat) which will spread through the world after his speech at the 2018 Katowice climate change conference (COP24) in December of the same year. It demanded that the Swedish government reduce carbon dioxide emissions from fossil fuels, as provided for in the Paris agreement by calling for a “school strike” for the climate. After the elections, she continues to demonstrate every Friday.

Her biography “Scenes of the Heart” (Scener ur hjärtat), written by her parents, her sister and herself, was published on August 24, 2018, a few days after the start of her strike. Her depression, her family dialogues, her fears about the environment and global warming are all mentioned.

Her activism will take her to major capitals, from the European Parliament in Brussels to the United Nations headquarters in New York via London where she takes part in the “declaration of rebellion” organized by Extinction Rebellion. (“.. Our biosphere is sacrificed so that the rich of countries like mine can live in luxury” ..). “Friday for Future” is relegated to the media around the world.

In November and December 2018, more than 20,000 students in total had organized strikes in at least 270 cities in Germany, the Netherlands, Finland, Denmark, Luxembourg, France, Belgium, where Anina de Wever and Kyria Gantois draw inspiration from her work, from the United Kingdom and Switzerland. This is also the case in Australia, Canada, the United States and Japan.

In April 2019, after speaking on World Autism Day, she delivers a speech in front of the House of Commons in London. In Austria, following the invitation of Arnold Schwartzenegger to the World Summit of Regions for the Climate, it recalls the common responsibility of presidents and politicians.

In July, she will do the same in Paris at the Palais Bourbon, invited by the non-registered deputy Matthieu Orphelin, supported by 161 colleagues, in the company of 3 French climate activists (Ivy-Fleur Boileau, Virgile Mouquet, Alicia Arquetoux) and climatologist Valérie Masson-Delmotte, vice-president of the Intergovernmental Panel on Climate Change (IPCC). However, this will not be done unanimously since certain members labeled on the right, including Guillaume Larrivé (LR), Julien Aubert, Valérie Boyer, Jean-Louis Thiériot, Constance Le Grip, Bénédicte Peyrol (LREM) and Sébastien Chenu (RN) ) ask to boycott this meeting. However, it receives the support of Delphine Batho, Nicolas Hulot and Olivier Faure.

In September 2019, she participated in Montreal in the “Global Climate Strike” according to the slogan she launched in March (“We need a new way of thinking. The political system that you, adults, you have created is only competition. You cheat as soon as you can because all that matters is to win. We must cooperate and share what remains of the planet’s resources in a fair manner “). The parade which gathered more than 500,000 people is historic. Prime Minister Justin Trudeau, who attended, symbolically hands over the keys of the city to Greta at the end of the march.

Refused in Brazil, Cop 25, which was originally scheduled to take place in Chile, was finally held in Madrid from December 2 to 15. After 2 weeks of hard negotiations, it ended Sunday December 15 with 15 hours of delay, without really having found a solution on the essential points to respond to the climate emergency and the urgent calls of the environmental activists, while specifying the urgent need to act against global warming (reduce the gap between the commitments and the objectives of the Paris agreement and limit global warming to + 2 ° C, even + 1.5 ° C). The difficulty of reaching an agreement on the rules of international carbon markets is a disappointment for the Secretary General of the United Nations, especially since the rise in temperatures will soon reach a point of no return if carbon emissions do not decrease.

There has been a standoff between many countries from a progressive alliance of small island states and European, African and Latin American countries, the European Union which is committed to achieving carbon neutrality in 2050 , facing several big polluters including Brazil, China, Australia, Saudi Arabia and the United States. The result of this meeting whose slogan was “Time for action” was very insufficient for the taste of NGOs. As a result, 80 countries, representing 10% of global emissions, have committed to raising their commitments. Environmentalists have accused Brazil, China, Australia and Saudi Arabia of wanting to introduce disparaged provisions into carbon market rules.

For Brazilian President Jair Bolsonaro, COP 25 was only a “commercial game” which rich countries, especially Europeans, would have played.

Greta Thunberg, for her part, tried in vain to shake the states with poignant speeches (“I tell you, there is hope. I saw it. But it does not come from governments or companies It comes from the people “…” The science is clear, but the science has been ignored “. Whatever happens, we will not give up, we are just beginning” ..).

When she returned to Sweden by train, she had to travel seated on the ground, fueling a controversy with the German railway company. It is also not the first time given the attacks and mockery of US President Donald Trump after the appointment of the Swedish woman by Time, advising her to relax and to which she responded with humor and derision.

For his part, Vladimir Putin does not share the general enthusiasm towards the girl and denounces instrumentalization. To her qualifications of “nice little girl”, she answers with irony.

The new President of the European Commission, Ursula von der Leyen presented her European Green Pact. However, neither China nor India has openly pledged to present more ambitious climate plans next year.

All states must submit by Glasgow COP26 a revised version of their commitments. 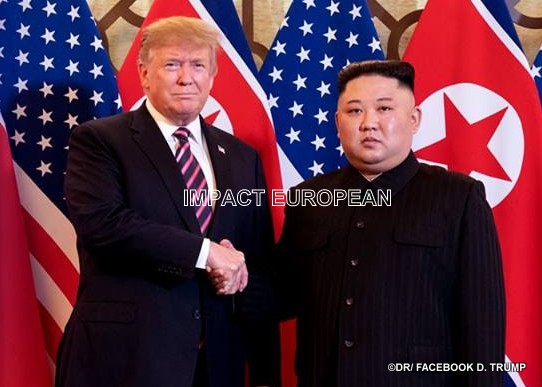 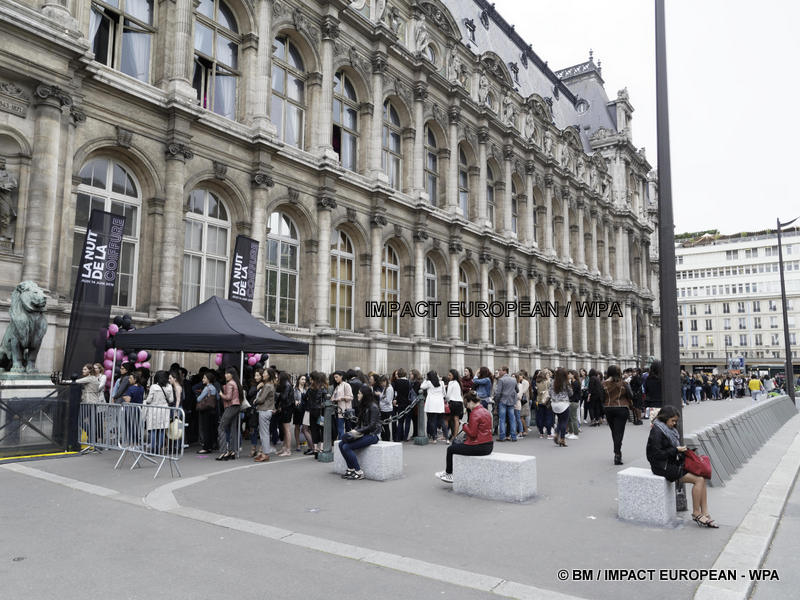 After the Night of the Hairstyle, CitizenDay with Emmaus Solidarity 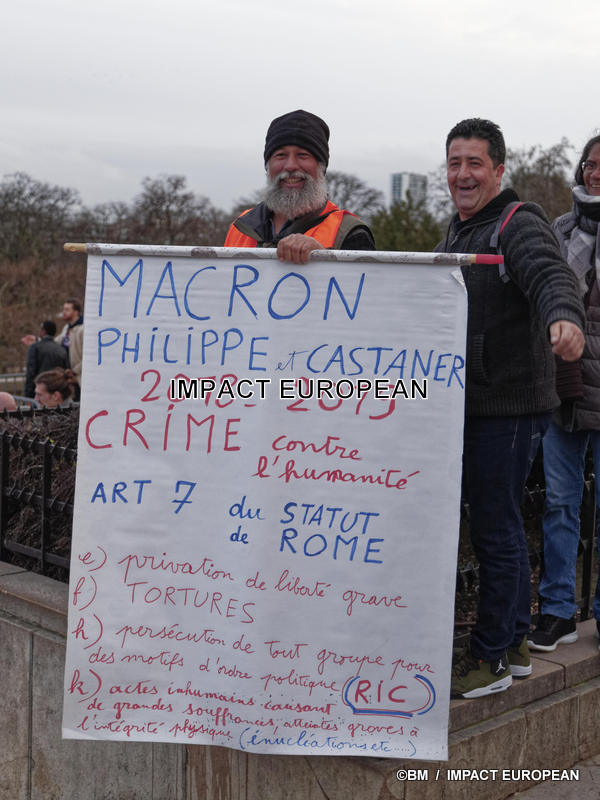