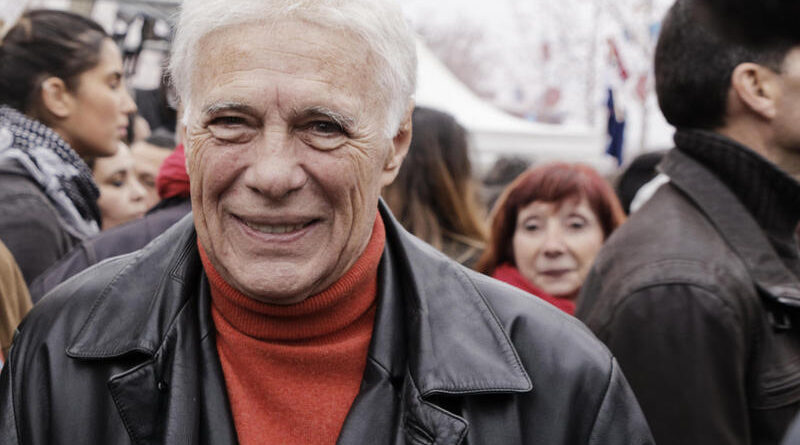 The actor and humorist Guy Bedos died on May 28 at the age of 85, he joined his friends Michel Piccoli and Jean-Loup Dabadie, who had recently disappeared.

Who does not remember the sketches “The dredge” which he interpreted with his second wife Sophie Daumier or “Bonne Fête Paulette” but also of Simon, a doctor suffocated by the repeated intrusions of his black foot mother, in the films by Yves Robert “An elephant, that is very deceiving” then “We will all go to Paradise” where he shared the poster with Victor Lanoux, Jean Rochefort and Claude Brasseur. Guy Bedos was also the author of 17 books, the first of which was “Je craque” (1976), “Mémoires d’Urtre-Mère” (2005) or his other autobiography “Je me Souveniri de tout – Journal d’un mélancolique” (2015 ) and finally “At a time when the countryside is blackening” (2017). He also stood out at the theater between 1951 (“My friend the burglar) and 2015 (Minus 2) as well as in” Guy Bedos de Guy Bedos “(2003),” Sortie de scène “(2004) and” Le voyage de Victor (2009), written by his son Nicolas. We also remember his face-to-face with Muriel Robin on the stage of Olympia (1992).

Guy Bedos was also known for his political commitments, claiming to be a “leftist” although he did not belong to any party. His humor was very much inspired by politics, which gave him the idea of ​​including in his shows his “press reviews”. We find him militant against the extradition of the Italian far-left terrorist Cesare Battisti after 2002. In 2008, he gave his support to Yvan Colonna. It is also alongside the association Droit au Logement that he takes part in demonstrations several times. He was a member of the League for Human Rights, of the Honorary Committee of the Association for the Right to Die in Dignity by asking candidates for the 2012 presidential election to undertake to table a draft law to legalize euthanasia. In 2012, he supported Jean-Luc Mélenchon in the presidential election and in 2017, he supported Arnaud Montebourg in the citizen primary and participated in the march for the Sixth Republic of La France rebellious, on March 18. He votes for Emmanuel Macron in the second round of the presidential election.

Great grandson of Alfred Letellier, Algerian politician, Guy Bedos was born on June 15, 1934 in Algiers. He arrived in Paris in 1949 with his parets and his 2 half-sisters. begins theater studies at the rue Blanche school at the age of 17. He performs in the theater and in cabarets. He then meets Jacques Prévert who advises him to write sketches. Following a hunger strike and is reformed, thus escaping the Algerian war. We began to see him on television in 1956 and his meeting with Sophie Daumier propelled him into barely 10 years as a humorist. He continued his solo career and obtained several roles in cinema. In the 1990s, he embodied a form of ideal of the leftist French humorist, like Michel Boujenah, Smain or Muriel Robin.

The announcement of the artist’s death drew many tributes, starting with that of his son Nicolas: “He was beautiful, he was funny, he was free and courageous, as I am proud to have had you for father. Kiss Desproges and Dabadie, since you are all in Paradise “.

The Elysée salutes the artist’s “brilliance and the commitments of the man while addressing his family and all those whom he made laugh out loud or in tears his sincere condolences.

Culture Minister Franck Riestler: “Guy Bedos shared his humor and his convictions with the same sincerity and the same passion. We will remember in particular his great roles in cinema, his unforgettable shows and his free speech. I think to his family and loved ones whose grief I share. ”

Jack Lang, former Minister of Culture: “He was a militant humanist, committed, at the same time idealistic and critical. He did not give up anything and could be very severe. Guy Bedos was demanding and determined. I liked his frankness all Mediterranean , he went straight to the point, without forgery. He never compromised, especially not with his convictions and his passions. ”

Former President François Hollande: “Guy Bedos has accompanied us for decades. His humor was a formidable weapon against racism and stupidity which he relentlessly fought. The left was his family, he treated him harshly because he he expected a lot. His talent and his anger will be missed. ”

Arnaud Montebourg: “Dear Guy, you have made me laugh so much for so long, you were the Free Man, always free, who made others benefit so much. Thank you for having been Guy Bedos and for having stayed all the way up there. I know you’re going to go on like crazy.

Cécile Duflot: “I think I’m not the only one for whom Guy Bedos participated in his political education. In particular on the question of the rectitude of values ​​whatever his place. In addition to
laugh! Thanks to him .. “.

SOS Racisme: “We will remember the acerbic left comic, sharp texts and engaged sketches, like the famous Holidays in Marrakech”.

The Human Rights League: “He was on the side of the weak, the undocumented, the homeless, the rightsless. Guy Bedos was on the side of humanity, against injustice and racism Guy Bedos made us laugh by making us think and reminded us without complacency of our weaknesses. ”

Philippe Labro: “It’s a tragic irony, he disappears a few days after Jean-Loup Dabadie, my friend who had written him some of his best sketches”.

Muriel Robin, who considered Guy Bedos as his “big brother” and had shared the scene with him in 1992-1993: “Guy was a dirty kid who liked to go where it stings.” And to add: “He was a brave and committed man, until the act on the ground. He was not just thinking in his living room.”

Anne Roumanoff: “Guy Bedos was the creator of political humor in France. He carried the art of the press review very high by directly commenting on the news well before the Guignols. There were before the chansonniers in cabarets, but Guy Bedos raised it to the level of art and made it popular. He created a style like no other. He embodied irreverence, ferocity, cruelty but also great tenderness. in an era when there were only three TV channels, he did not hesitate to criticize the left when he was on the left. He had a huge impact. He was courageous and free. ”

Nagui: “Endless sadness with the departure of Guy Bedos, I loved him and will love him for life,” he wrote while posting a photo alongside his humorist friend.

Nikos Aliagas: “Between tears and laughter, there was your breath, your talent. Be at peace. Loving thoughts for your family and your children”.

Jean-Michel Ribes: “He was a multiple man, a committed, moving, generous man who had the cheek thanks to his genius to find irresistible formulas. His insolence was beneficial”, a man who had the courage of his opinions “.

Michel Boujenah: “He was a deeply tender man, really, we can’t imagine how much. When we saw him like that, he looked provocative but he was a man of tenderness and faithful in friendship “.

Gilles Jacob, the former president of the Cannes Film Festival: “He was fat, he was funny, he was tender, he was deep, he was excellent in his stage and cinema alone. He had a way of making people laugh in two time that folded the rooms in half “. 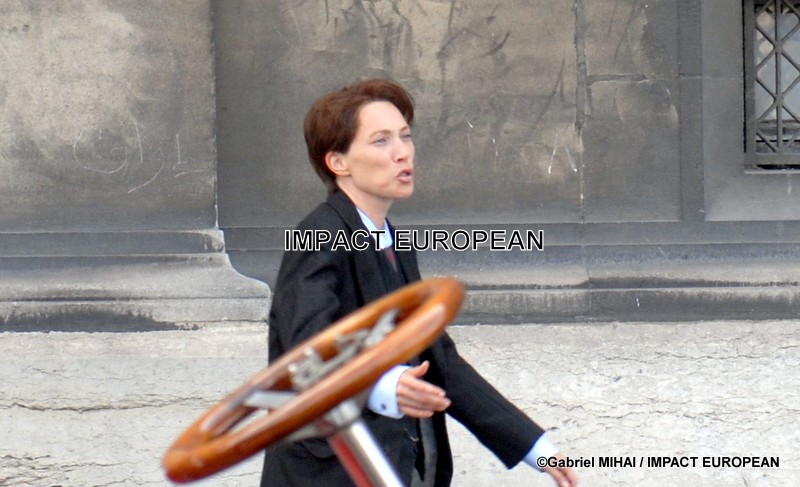 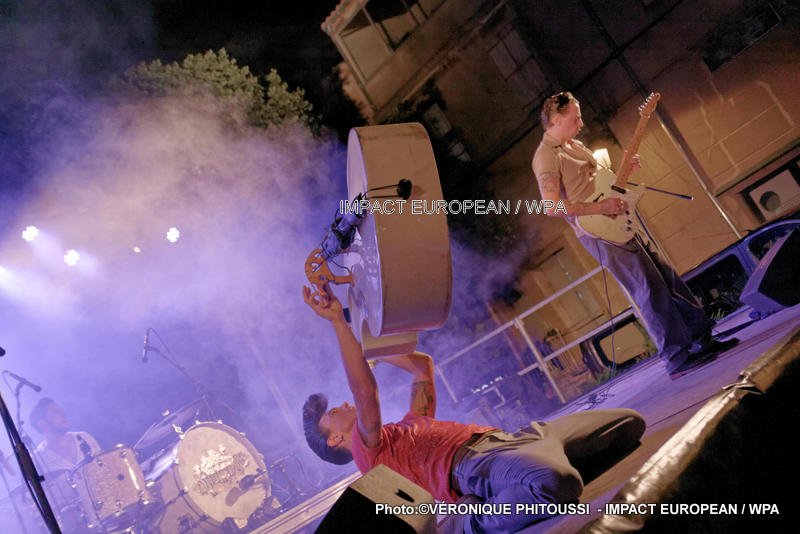 The Spunyboys in concert in Agde