In partnership with the municipalities, the “L’Ile-de-France fête ses Restos” Festival is an operation organized every Sunday by the IDF region from June 21 to August 23, 2020.

This summer event which begins on the day of the “Fête de la Musique” and “the Fête des Pères” is based on the revival of the activity of restaurants in Ile-de-France which have suffered heavy losses linked to the pandemic. Establishments usually closed on Sundays may open during the “Gourmet Sundays” operation. Artistic animations could be associated in order to make more conviviality.

In order to support the municipalities and restaurants in the best possible conditions, the Region will offer them the help of private patrons and partners (wider promotional conditions for supplies). Communication tools (posters, banners, flyers and goodies …) will be made available and an event promotion relayed in the media and social networks. Merchants can also make a commercial gesture towards their customers (coffee, drink or aperitif offered …).

In this way, the inhabitants will be able to renew contacts with the catering community and support this major eco-system in the regions. In addition, what is the most festive way to celebrate the arrival of summer together after this sad period of restriction?

List of the municipalities of Ile-de-France participating in the Festival:

A team responsible for coordinating with municipalities, professionals and partners is set up by the region to identify participation by filling out the online form on the region’s website: https.//ridf.fr/restos

Contact the town hall for any question or collect the promotional material necessary for the animation of this event or join the region at the address: fetedesrestos@iledefrance.fr.

Babette de Rozières was the first to step up to defend the profession by addressing the government and the President of the Republic to obtain solutions in this sector which lost everything during the first 2 months. Finally, following videoconferences between Emmanuel Macron, the ministers responsible, the chiefs and partners, aid for companies in the sector in great difficulty was granted; it will be doubled to a maximum of 10,000 euros for establishments closed since mid-March. An investment fund has been set up to help revive activity in the sector, with contributions from insurers and banks. It has been extended to companies employing up to 20 employees and achieving up to 2 million turnover, against 10 employees and 1 million turnover for all VSEs.

The cancellation by the major lessors of rents over the last three months for very small businesses which have been forced to close including bars, cafes and restaurants, is planned. Regarding the postponement of charges and taxes, the Minister of Public Accounts, Gérald Darmanin announced that the sector would have the right to cancel the deferred taxes. Between March 15 and April 15, nearly 1.4 billion euros in premiums were owed by the sector.

After more than 3 months of closure, cafes, bars, restaurants and terraces will open completely on June 15 while respecting a strict health protocol (social distancing and economic model reduced by half following the spacing of tables by one meter, reservations limited to eight people and the obligation for room staff to wash their hands every 30 minutes).

This announcement made during the intervention of the President of the Republic on June 14 relieves professionals who until this day could only open on the terrace and / or do take-away sales. However, concerns persist, taking into account a fall in turnover of around 60% for some as well as the loans to be reimbursed. An estimated 30% of bankruptcies are expected by the end of the year and the Banque de France forecasts at least 15% additional unemployed workers for the year 2021. Partial unemployment will be prolonged throughout the sector.

In order to facilitate the revival of the sector, the municipalities offer free terrace locations in front of or near the restaurant in the pedestrian streets or made pedestrianized by making a request to the town hall. Musical entertainment will help revive the music sector also impacted by this crisis.

The Gastronomy Route in Ile-de-France was presented in October 2018 by Valérie Pécresse, president of the Ile-de-France region and Babette de Rozières, special delegate to the president in charge of the Cité de la gastronomie who will be launched in Rungis in 2025 with an additional 250,000 m² and a cooking school.

The Ile-de-France Region and the Regional Tourism Committee (CRT) are the basis of the Gastronomy Route, an eco-responsible project for Ile-de-France gastronomy and an international showcase of culinary heritage allowing tourists to discover and strengthen it the attractiveness of the region thanks to the best addresses for the taste of the region.

French cuisine has a worldwide reputation, the French meal is listed as an Intangible Cultural Heritage of Humanity by UNESCO, the great chefs, good taste, tableware and French know-how have an international reputation and the Île-de-France region is number one in terms of gastronomy with its restaurants, products, organic markets, festivals, grape harvests, food trucks and restaurants.
Before the opening of the Cité de la gastronomie, Babette de Rozières chose 6 prestigious sites for gastronomy: The Hôtel de la Marine in Paris, La Halle Gourmande in Saint-Ouen, near the flea market, in Versailles, La Vieille Post in Versailles opposite the King’s vegetable garden to explain the forgotten vegetables, The Pavilion of France at the Universal Exhibition in Milan which will be rebuilt in Tremblay-en-France near Roissy and La Cité du Goût in Noisiel. The sites and their restaurants are scheduled to open between 2020 and 2024. All of them are committed to promoting short circuits and using local products from organic farming. 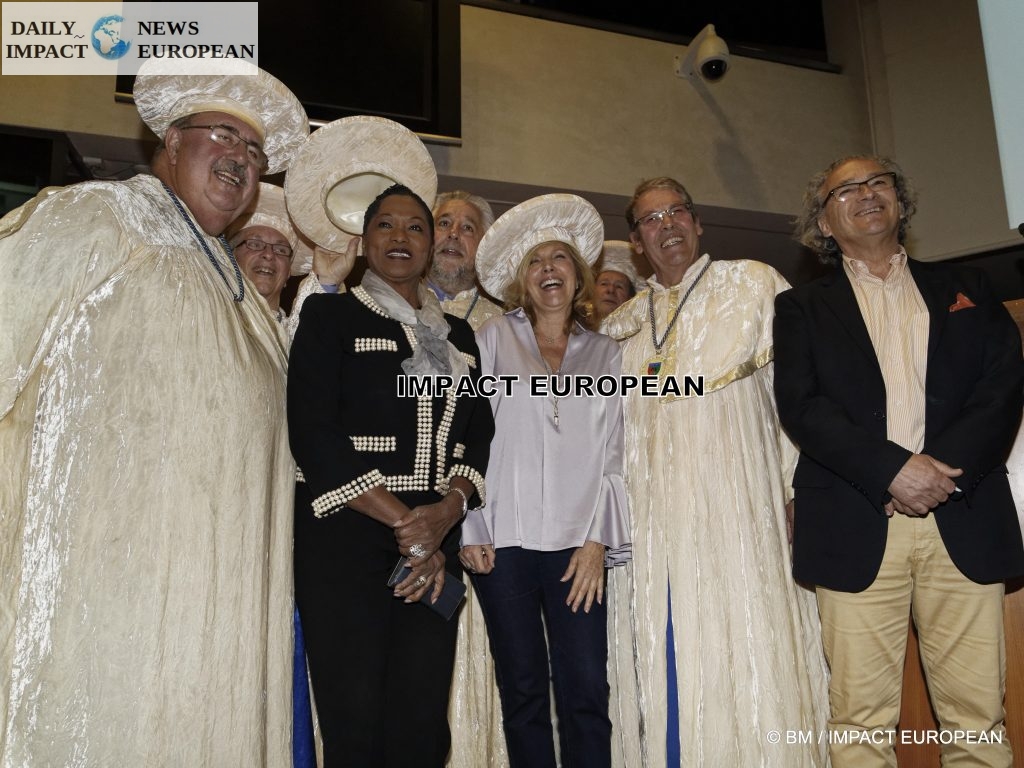 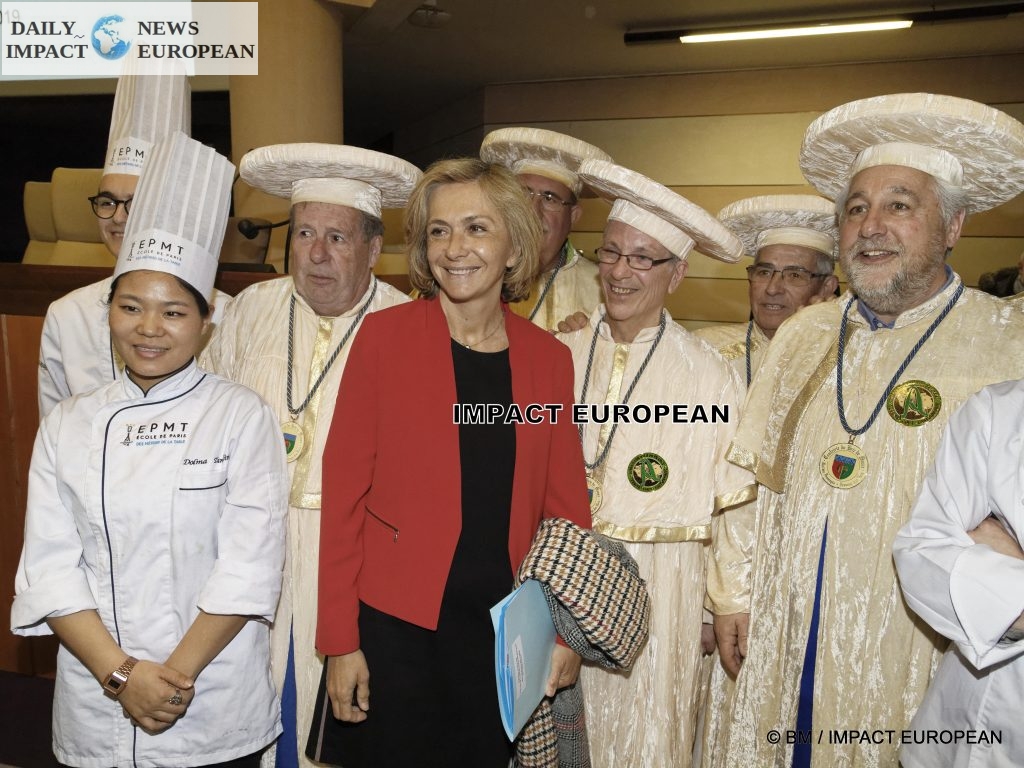 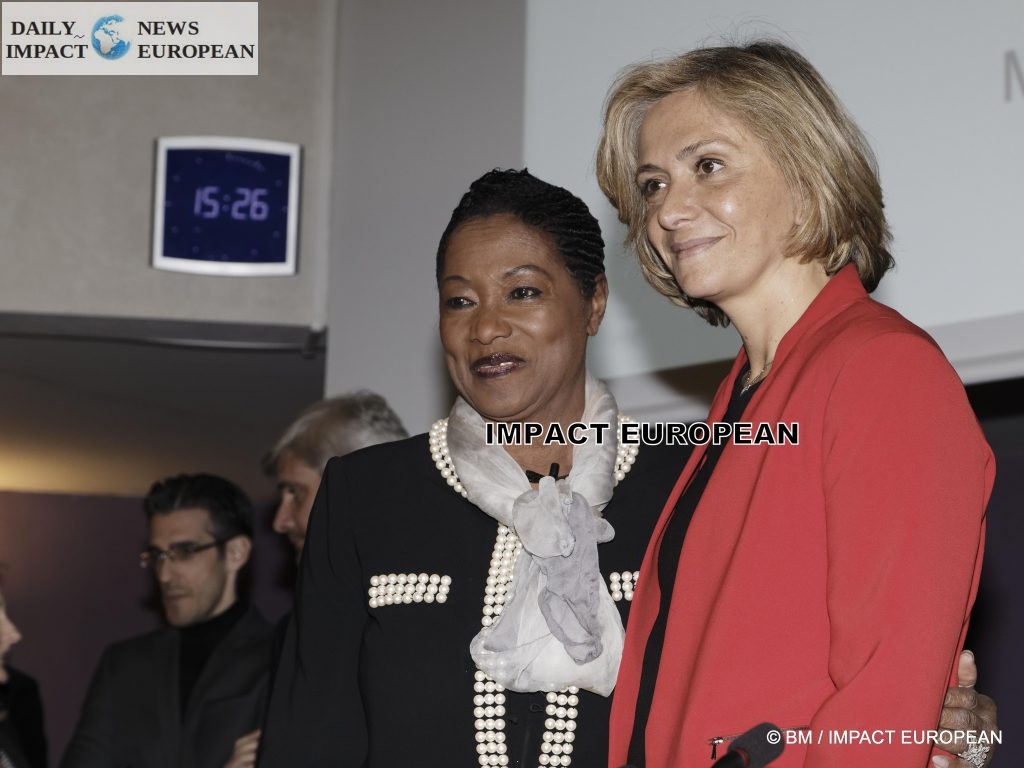 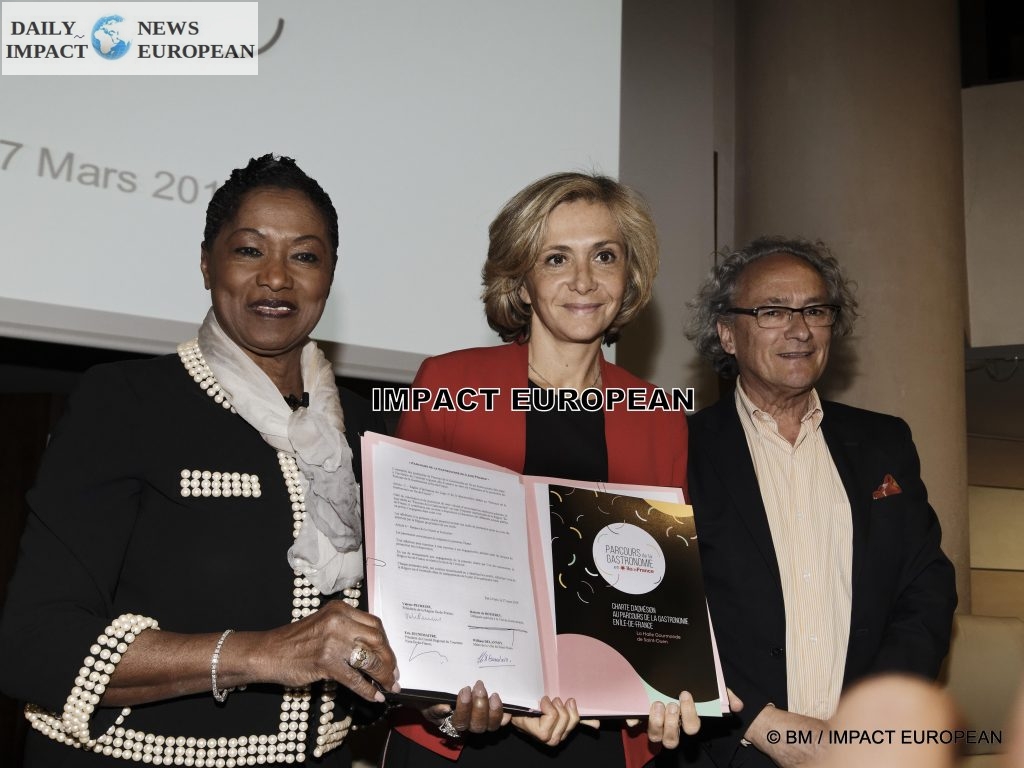 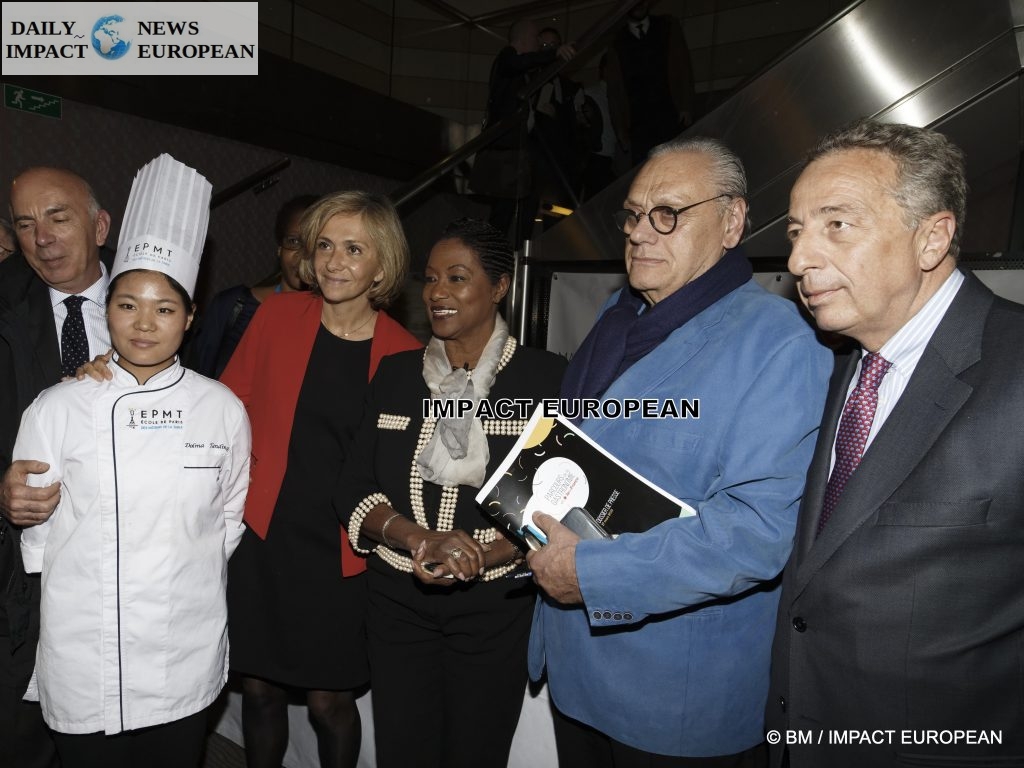 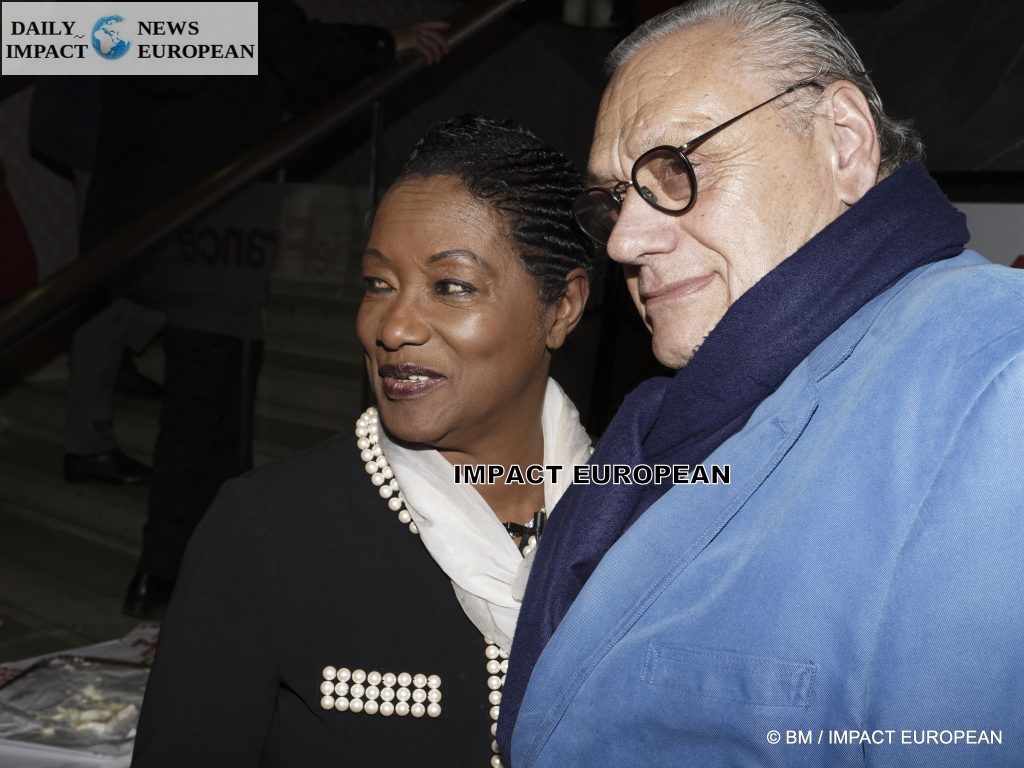 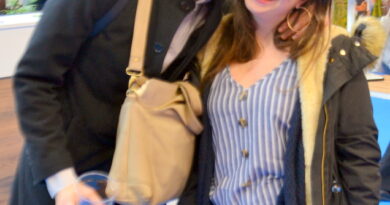 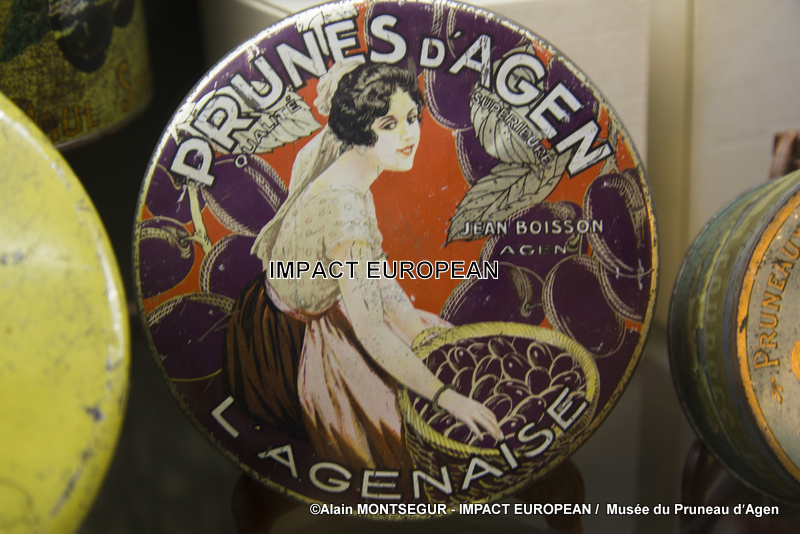 The Prune Museum of Agen 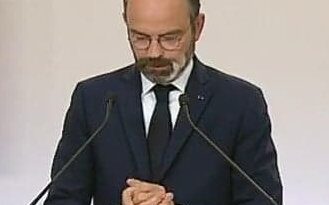