Metropolitan France is the 4th largest producer of fisheries and aquaculture in the European Union (EU) after Spain, the United Kingdom and Denmark, producing more than 640,000 tonnes for a value of around 1.7 billion euros.

In mainland France, Occitanie has been claiming first place for fishing and aquaculture in the French Mediterranean since the end of 2019.

First region of the French Mediterranean for fishing and aquaculture, Occitanie was chosen for the first time in June 2018, to host in Sète, the Assises Nationales de la Pêche et des Produits de la Mer (APPM), meeting annual meeting with decision-makers in the sector, thus promoting know-how and local products, while supporting seafaring professionals. On this occasion, more than 20 events took place in Gruissan, Sète, Bouzigues, Port-La- Nouvelle, Mèze, Marseillan, Port-Leucate, Grau-du-Roi and Grau-d’Agde, in order to introduce the public to the trades and traditions of the sea.

Fishing production in the region represents 90% of French Mediterranean production and 10% of national production. In Occitania, the leading Mediterranean supplier of fishery products in France, fishing, aquaculture and shellfish farming represent nearly 8,000 direct and indirect jobs, and generate more than 137,000 million euros in annual turnover, thanks to the ecosystem made up of 220 km of shores from Perpignan to Montpellier via Sète and Agde, 70 marinas, 3 commercial ports and 4 auctions. The promotion of local products and food are a cause that the Region holds dear.

Occitanie also offers the possibility of freshwater fishing thanks to its network of large rivers such as the Dordogne, the Garonne, the Tarn …, torrents in the Pyrenees, the Cévennes, Aubrac .., large lakes.

One of the region’s ports, Gruissan, located 14 km from Narbonne, stands out from the others by its location in the heart of the Narbonnaise Regional Nature Park, between sea and ponds. This town consists of the old fishing village, circular in shape, dominated by the medieval Barbarossa tower with its typical alleys, its 2 marinas and 2 km away, its seaside resort of about thirty years with its sandy beaches. end allowing water sports, without forgetting the particularity of the district made up of 1,300 chalets on stilts. In addition, every year in May, Gruissan hosts the Festejades, a large 3-day popular festival bringing together concerts, brass bands and

Gruissan is also a meeting place for gourmets who can “taste the brasucade of mussels, sardine, Bourride d’Anguilles, seafood, pine nut tart but also to accompany their dishes with fleur de sel from the Salins de Saint-Martin Island.

For lovers of fresh produce, the Country Producers’ Markets guarantee products directly from producer to consumer while promoting the land, fish farming and aquaculture.

Specializing in the culture of shellfish, oysters and mussels, “La Perle Gruissanaise” has been cultivating shellfish for over 30 years on 3 concessions of 9 hectares each and 3 kilometers offshore. You can find its seafood in restaurants along the Aude coast and in all the good fish shops.

Located at the end of Chalets beach, where the pond meets the sea, “La Perle Gruissanaise” welcomes the public every day for a tour of the site but also for tasting mussels, oysters, shrimps, whelks, etc. … or the purchase of seafood stored alive in a seawater basin. Unusual, simple and friendly place, on the pier or by the pond, at sunset, we set our table, and we get rid of! Nothing better for an aperitif with friends!

Each year, 350 tonnes of oysters and mussels leave its ponds; every morning, the employees (nearly a dozen) go offshore to collect the mussels which are sorted on their return; the youngest thrown back into the sea, the others stripped of the superfluous clumped to the shell, then the beard is shaved using a debysusher without tearing it out otherwise the mussel dies immediately.

The oysters are torn from the perlenettes where they were placed for a rejuvenating bath in water at 15 degrees, on their arrival from the Atlantic coast, when they barely measured 2 centimeters. So that they are neither too small nor too long, they have previously been arranged in such a way that the neighbor blocks, after a certain stage, the growth of the other, and so on; this until they reach maturity at the age of 2 years.

To end the advice: how to open oysters and avoid hurting yourself.

Rambouillet presents its castle and its history through churches and museums 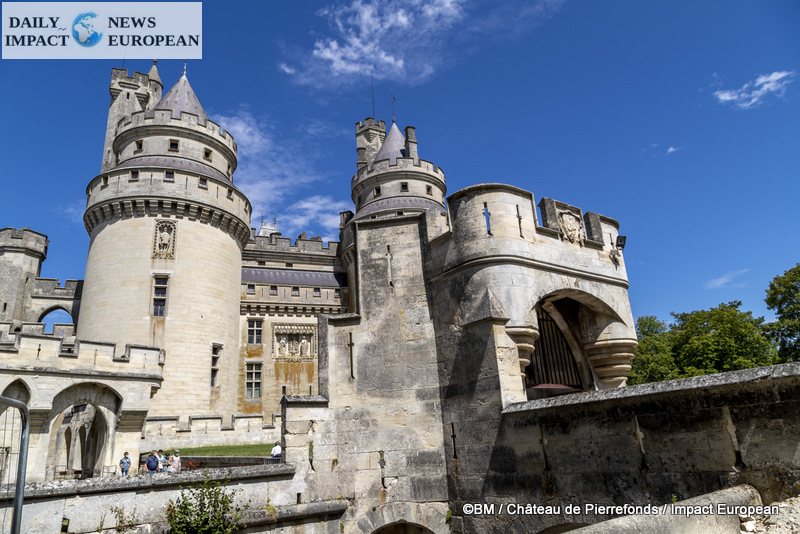