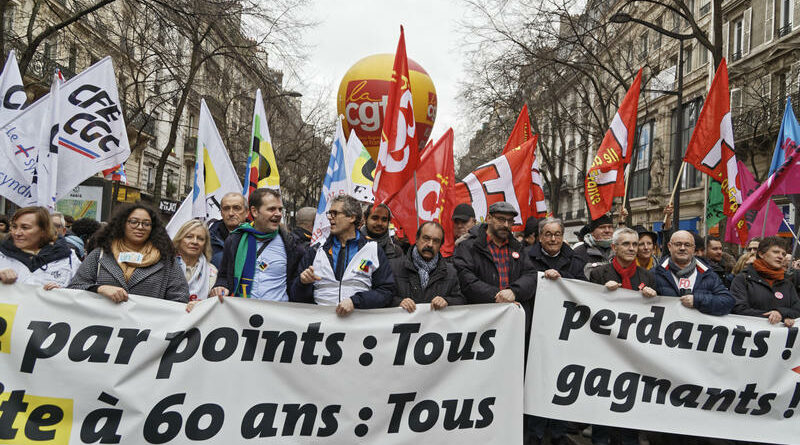 The secretary general of the CGT, Philippe Martinez, at the forefront of the mobilization against the pension reform, denounced this Thursday “the provocative attitude” of the government and expressed “doubts” on the will of the latter to “discuss “, like its counterparts in FO and CFE-CGC.

Almost all cities registered below the gauge for the first day of protests on December 5. For their part, the unions claimed responsibility for nearly 1.2 million demonstrators in 65 processions.

In Paris, around 44,000 people were gathered, according to a count by the independent firm Occurrence for a media collective – when the interior ministry announced 56,000 people and the CGT claimed 37,000 demonstrators in the procession.

December 5, 2019 is the starting point for a major unlimited national general strike planned to challenge the pension reform project but also to advance social, fiscal and climate justice demands.
On Saturday January 11, 2020, a new day of demonstrations (at the call of the inter-union) is planned in Paris and throughout France.
An event is planned in Paris at 1:30 p.m. from Place de Nation to Place de la République, notably via Bastille.
The demonstration for the retreats will be joined by the yellow vests, following their own demonstration.

The inter-union formed by the CGT, FO, CFE-CGC, FSU, Solidaires and youth organizations calls for new actions on January 14, 15 and 16 to obtain the withdrawal of the pension reform, he said. she announced this Thursday, December 9 in the evening to the press.

“We call to prepare actions for the 14, 15 and 16, the modalities of which will be specified on Saturday evening depending on the success of (Saturday) 11”, new date for interprofessional mobilization, said Eric Beynel, spokesperson for Solidaires , after more than four hours of meeting at FO headquarters.

On the 37th day of strike against the pension reform, the government spent the day this Friday to meet the trade unions and the employers’ organizations, to discuss the conference on the financing of the future pension system. Last night, the government unveiled draft reform laws, which will be presented to the Council of Ministers on January 24. Edouard Philippe assured that the text is not set in stone. It may be modified by amendments during the parliamentary debate which is due to start on 17 February.

Édouard Philippe spoke on Friday January 10 around 6:30 p.m. “We have made good progress in the search for the compromise that we wish to obtain,” he said.

“Tomorrow, I will address to the trade union and employers’ organizations concrete proposals which could be the basis of this understanding,” announced the Prime Minister. These proposals will relate in particular to the objectives and the modalities of the financing conference “which I indicated that it seemed to be an excellent idea”, concluded the tenant of Matignon, reaffirming once again the determination of the government to make adopt this “before summer” reform.

According to the government, “the age of equilibrium” would make it possible to save 3 billion euros in 2022 and 12 billion in 2027. According to a document given to the social partners at meetings on Friday, for a third (32%) of the insured, the pivotal age will shift the retirement age from 62 to 64, and another third (37%) will not be affected (“unfit, disabled, disabled”) or not affected (long careers , arduousness, regaliens). For the last third (31%), the pivotal age “plays positively: those who leave late today can leave earlier”, according to this document.

Laurent Berger, the leader of the CFDT after his meeting with the Prime Minister. He still calls for the removal of the pivotal age before any discussion on the financing of the system. “We felt a desire for openness, but all that is ultimately measured by actions. We did not have the answers this evening,” assured Laurent Berger. “We expect a gesture in the coming days to engage in the financing conference on the reform,” he insisted.

Yves Veyrier, secretary general of Force Ouvrière, said that the “determination” of his union to demand the withdrawal of the pension reform project remained “intact”. “I asked again and this time very formally to the Prime Minister to pause the process so that we come back to a negotiating table and that we examine precisely the consequences of this or that provision”, said added Yves Veyrier. “Unfortunately, I did not understand from the Prime Minister that he is on the idea of ​​taking a break.” “Neither will we take a break from our determination to prevent this unique points scheme from coming into existence because we are increasingly convinced that it is a mistake,” he said. he says.

The CGT also “reiterates its disagreement with the government’s plan”. However, he said he was ready to participate in the funding conference “in parallel” with the parliamentary discussion. “It must not be disconnected from the bill, it must be done at the same time,” he said.

The CFE-CGC (executives), François Hommeril, also reiterated its opposition to “a useless, dangerous project, which must be withdrawn”. With this reform, “we will have the choice either to work longer or earn less in retirement,” he said. He pleaded to “put the horse before the plow, that is to say the debate on financing and balance (of the system) before the vote of the bill in the Assembly”.

On the same line, François Asselin, of the CPME, declared: “If we said no, there would be only one solution: pass on the hot potato to the coming generations by increasing the contributions”.

The protests on January 9 against the pension reform were marked by violence. In Paris and the rest of France, demonstrators were injured and others were arrested.

This day of mobilization was not an easy one for the demonstrators, as for the police. In Paris and in various processions, such as in Rouen or Bordeaux, tensions have indeed erupted. Throughout the duration of the demonstration, the police used tear gas to disperse the procession.

The intersyndical called to make next Saturday “a day of demonstrations and massive mobilizations”, at the evening of which it must again meet to decide the future of the movement.
In the meantime, she indicated her wish to make Tuesday 14 a “day of strikes and interprofessional convergence”, and announced initiatives declined “in all forms” Wednesday 15 and Thursday 16 January. 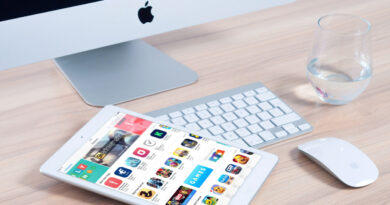 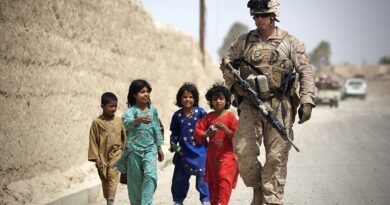