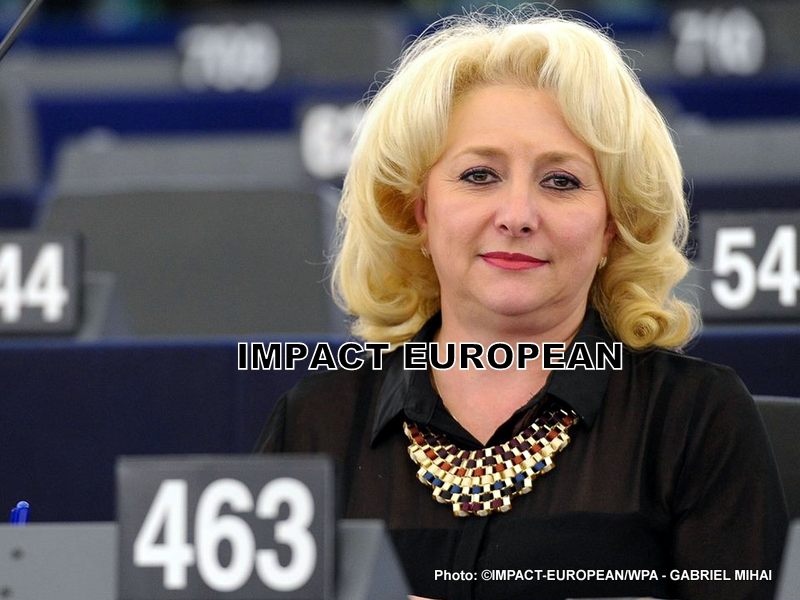 The European Parliament held a stormy debate on the drift of the Rule of law in Romania. There, it is a mainly social democrat government which deteriorates the balance of power.

After Poland and Hungary, both pennies the blow of a European procedure on the respect of the rule of law, Romania is likely to be the third country threatened by the procedure “article 7”, the article of the treaty making it possible to suspend the right to vote at the European Council of a country ridiculing fundamental freedoms.

In Strasbourg on October 3rd, the European Commission for the first time has changed tone, asking for precise answers on the reform of the penal code and the reference of judges intervened for one year in the country. Reforms initiated by the formed government of an alliance between Socialists and liberals, obviously driven by the wish to avoid the anti–corruption continuations: the continuations for the offences lower than 200,000 euros would thus not be punished.

Frans Timmermans, at the time of a debate prevented: “The initiative of the Romanian authorities to revise the penal code and to modify the structure of justice caused interrogations in Romania and elsewhere in Europe. The revision of the right is likely to call in question the fight against corruption”.

The three laws defining the rights of the magistrates and the Superior council of the magistrature were amended at the end of 2017, and the prosecutor anti–corruption, of which work was greeted since years, thanked last July. Following the regulatory modifications, the ministry for Justice can obviously name and revoke the magistrates with his own way, which worries the Rumanian citizens seriously. On August 10th, of the major demonstrations against this situation degenerated into a violent repression and an assessment of 400 hospitalized people.

“Progress had been made as regards fight anti–corruption, but now one goes into reverse reverse running” summarized Frans Timmermans, did not chew his words, in spite of his probable candidature in charge of the group of the European Socialists for the European elections.

The commission of Venice of the Council of Europe must return a report on Romania mid-October, and in same time the commission of the civil liberties of the European Parliament informs an investigation which could lead to a request for opening of procedure for nonrespect of the rule of law.

Within the group of the European Socialists, the Roumanians are however isolated. Questioned during the meeting of the socialist group in Strasbourg this week, the leader of have Rumanian did not answer the questions of his members also carrying about the referendum about the reform of the marriage organized October 6th and 7th, aiming at prohibiting the marriage between people of the same sex. “It is contrary with the basic rights, not. The question of the respect of the values is not with the map”, the French Socialist Sylvie Guillaume insists.

The Prime Minister Rumanian, Viorica Dăncilă, answered in a dry way the charges carried against his government, questioning the relevance of the positions of the Commission of Venice.

“I will start with a basic problem: for which try to implement a legal system which functions? For the commission of Venice or Romania? ”

Ex–Euro–MP, Viorica Dăncilă, required, before denouncing that the Council of Europe not evoke the secret protocol between the ex parquet floor anti–corruption and the intelligence services which would have put on listening “of the million people” in Romania, is also blamed the integrity of the Rumanian judges. “On the 3000 judges, half were continued and have criminal records” ensured the elected socialist one, showing Europe like Poland or Hungary before it to criticize its whole country.

The answers Viorica Dăncilă, particularly irritated Frans Timmermans, who answered him that he criticized his government, and not the Rumanian company, and went up a tone, attentive that “if the Commission were to be brutal in its evaluation in the course of the situation, it would be it”.

After several remarks except subject, the meeting was strewn with aggressive injections in particular of the far right, which supported like only one man the Rumanian Socialist government, and also criticized the decision of the Chairman not to take the requests for control.

Several elected officials raised the voice during the debate, of which Spanish EPP Esteban Gonzales Pons, who declared with the Prime Minister: “you have two possibilities: to listen to the European Parliament, the people, and the Rumanian Parliament, or to avoid any democratic control”. Elected the Dutchwoman Sophie In ‘ T Veld has on her side called the Rumanian political parties to wonder about the origin of the financing of the countryside of the référendumprévu October 6th and 7th.

The policy of governance of Liviu Dracnea and Viorica Dancia brought Romania in Europe and in the European Parliament as a black sheep which could be sanctioned by the EU, as in Poland and Hungary.