Saturday, October 6 at 14:00, of the hundreds of people met vis–a–vis the old Palace of Justice de Paris to express against the violences made to the women.

This demonstration made following the call of the actress Muriel Robin who has interpreter Jacqueline Sauvage in the telefilm of last Yves Rénier Monday, October 1 in bonus time on TF1. In a platform in the Sunday newspaper, it had joined together 88 signatures of personalities of which Line Renaud, Kad Mérad, Carole Bouquet, Mimie Mathy, Vanessa Paradis, Alexandra Lamy, Julien Clerc, Corinne Masiero, Roselyne Bachelot, Michel Drucker and Amélie Mauresmo… so that the President of the Republic becomes aware of the situation and acts against these violences made to the women, who sometimes become irreversible. It also launched a petition online “Save those which are still alive”, midday Saturday, counted already more than 472,000 electronic signatures.

In 2016, marital violences had caused 157 deaths (123 women and 34 men) against 144 victims in 2015 (122 women and 22 men) not counting children. With these deaths, it is necessary to add    225,000 cases of violence. This fact, a proposal on a “differed self–defence”, which would make it possible to make discharge people having killed unites violent one to them, had been suggested (as in the case of Jacqueline Sauvage where its lawyers had asked for the payment). However since 1990, the Canadian legislation acknowledged this right and the question arises of knowing if France should not do as much of it.

In 2017, marital violence still killed and last August, one entered 220 victims in spite of the assistance and the important work brought by associations of support, but also the personalities which joined with this great cause. In 10 years, the number of the deaths however dropped by 10% according to Françoise Brié, director of the National federation solidarity women (FNSF), which manages the number of assistance to the women, 39 19. Since 2017, measures were taken but remain insufficient like that of the FNCIDFF (National federation of the information centers on the women‘s rights and of the families) which gives a special attention to the women at the time of the separation, period during which, they are more vulnerable. With the TGD (Telephone Great Danger), it was possible to intervene more easily and to avoid murders. This device which has a dissuasive effect, was generalized by the law of 2014 for the real equality between the women and the men while allowing the victim to alert a service of remote support in the event of imminent danger but is not distributed on all the territory. To get better results, it is necessary to hope on the evolution of adequate mentalities and the training of health workforces (male nurses and psychologists); the fight against the ill–treatments made to the women is one of the priorities of the President of the Republic, it made equality woman–men the great cause of his five–year period; the fight against the violences made to the women was proclaimed “great national cause” for the year 2018, this is why units specialized in the assumption of responsibility   psychotraumatic of the victims of violence must be created this year, ten in metropolis.

In the register of the violences made to the women, it is necessary from now on to integrate the violence of sexual nature in which the increase reached 23,1% over the seven first months of 2018, compared to the same period in 2017; the police treated 3,357 facts of sexual harassment moreover in one year. To answer this alarming rise of the figures, the ministry for the Interior launched in October a “platform of description of sexual violences and sexists” to facilitate the lodges of a complaint. However, the number of violences known as villainous, made at ends of appropriation or flight fell of more than 8.8%, representing approximately 25 acts of violence of less each day. “One needs 25 million euros to give true answers, to train the speakers, to support associations.”

Since the role of Jacqueline Sauvage whom it incarnated on television, Muriel Robin invested himself of a mission to prevent that the beaten women do not manage from there to kill or die in a complete indifference; this is why, it exhorts the president to increase the budget of the Secretariat of State in charge of the equality between the women and the men currently accounting for 0.007% of the total budget of the State and largely insufficient for associations which accompany the victims, but also the creation of lodging houses in all the departments, the training of the men of law and the systematic ousting of the violent spouse and the obligatory wearing of the electronic bracelet”.

Around Muriel Robin and of his partner Anne Le Nen, one could see the deputy of unsubdued France Clémentine Autain, the mayor of Paris Anne Hidalgo or the Socialist senator Laurence Rossignol as well as the girl of Jacqueline Sauvage whose testimony was very moving and the actress Eva Darlan already present at the time as of demonstrations in favour of the release of Jacqueline Sauvage or the novelist Christine Angot.

On its side Marlène Schiappa made an appearance and spoke about the law on sexual violences which the Senate adopted (25 for and 22 against) last July. This the last reinforces certain measurements, in particular those which relate to the protection of the children against the predatory sexual ones and added several amendments, like the repression of the use of the “drug of the rapist”, who becomes an offence or an aggravating circumstance in the event of sexual assault or of rape, and removed the concept of “sexual offence with penetration” which had made polemic. They on the other hand created a new offence of “collecting of images immodest”, punished one year of imprisonment and 15,000 euros of fine, ranges at two years and 30,000 euros in the event of aggravating circumstances. It aims at putting an end to the photographs “under the skirts of girls” starting from mobile phone or other small apparatuses photographs or cameras, to film the crotch of women, sat or upright when those are out of skirt. The sorrows incurred by the authors of rapes or sexual assaults on people in economic distress, and in particular the people without fixed residence were worsened. That points out the history of the student Marie Laguerre who, a few months ago was done attacked verbally then physically whereas she went in the street in the 19th district of Paris. After having insulted it, the man violently struck it with the face because she had dared to retort. Extremely fortunately, thanks to the cameras of remote monitoring, the attacker was stopped and Marie put her history on the social networks in order to touch the other women, the policies and the media. Emue by its account, Graffart association supports it and proposes to him to pose as Marianne, emblem of France, for the Togolese graffiti artist Sitou. It will be thus the door word of all so that they have shame never again nor fear.

On October 4th, the lawsuit of the attacker was held. The verdict fell:  12 months of prison, including 6 firm month, with a setting proof against 3 years. It is also condemned to pour 2 000 euros of moral wrong to the victim and also has the obligation to follow psychological care, to find work and prohibition to make contact with the victim nor of going in the 19th district of Paris. Lastly, the judges obliged it to follow a internship of responsibilisation and prevention of violences sexists. The character of “sexual harassment “retained at the time of the first audience of August 30th was abandoned. Only the second part of the charge was kept (violences with weapon having involved a total work incapacity (ITT) lower than 8 days). The lawsuit had been returned to October 4th at the request of the court so that a thorough psychological expert testimony is carried out.

On November 24th, of large gatherings are organized in France to fight against the violences made to the women, with the movement #NousToutes. 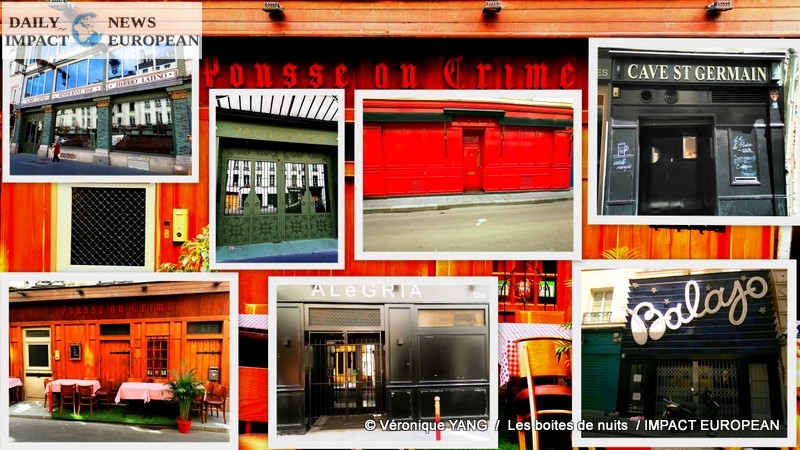 The night clubs will remain closed all summer long