“I announce today that the United States will withdraw Iranian nuclear agreement”, US president Donald Trump in a short televised speech stated from the White House Tuesday evening. In same time, he announces the re–establishment of the sanctions against Teheran.

The decision of Donald Trump to leave the Iranian nuclear agreement marks one cooking reverse for Europeans, France, Germany and Great Britain having made intense diplomatic efforts to convince the US president not to throw this text with the nettles.

Iranian president Hassan Rohani prevented Tuesday that its country could put an end to the restrictions which he authorized on his activities of uranium enrichment, after Washington announced its withdrawal of the agreement on the Iranian nuclear power of 2015.

Hassan Rohani, who had invested himself much in this agreement, immediately showed his American counterpart to practise “a psychological warfare”, whereas the crashing to pieces decision of Washington, denounced by all the other signatories, makes fear a new rise of the tensions in the Middle East.

It is “a serious error”, also reacted the democratic former president Barack Obama, outgoing of his reserve with a particularly firm tone to defend the text concluded under his administration.

“Any country which will help Iran in its search of nuclear weapons could also be strongly sanctioned by the United States”, warned Donald Trump. Its advisor with the national security John Bolton even let plane the threat of “additional sanctions”. In other words, it will be very be likely for an European company to maintain its investments in Iran. That should complicate the task of the European signatories of the agreement of 2015, who still hope to save the furniture.

“France, Germany and the United Kingdom regret the American decision”, declared on Twitter Emmanuel Macron. In a joint communiqué, the French president, the German chancellor Angela Merkel and the British Prime Minister Theresa May, who were all three invested in vain to try to convince Donald Trump to remain in the agreement, said themselves “determined to ensure the implementation” of this text in “maintaining the benefit economic” the profit of the Iranian population.

Moscow also informed of its “deep disappointment” and its “extreme concern”.

In the area, Turkey said to fear “new conflicts” while Syria “condemned with force” the announcement of the withdrawal of the United States of the agreement, affirming its “total solidarity” with Teheran.

On the other hand, Israeli the Prime Minister Benyamin Nétanyahou, firmer support of Donald Trump on this file, supported “completely” this “courageous” decision, just like the Sunni kingdom of Saudi Arabia, large regional rival of Shiite Iran.

The American announcement was very expected the Middle East, but also on other planet side, in North Korea, with the approach of the top between Donald Trump and Kim Jong–un on the denuclearization of the peninsula.

To save the text, Europeans went in the direction of president Trump while proposing to negotiate with Iran a “new agreement” which takes into account American concerns on the development of ballistic missiles by Teheran, like its judged activities “destabilizers” in the Middle East, Syria and Yemen at the head.

With or without the United States, Paris and Berlin hope from now on to continue their efforts to preserve the text negotiated with Teheran, supposed to guarantee the nonmilitary character of its nuclear program, and thus to avoid a climbing in the area. Tuesday morning, the minister Frenchwoman of the Armies Florence Parly still warned against the abandonment of the agreement, which “can be only one factor of aggravation of a very tended situation already”.

In the forefront of the tensions, Israel often shows Iran, its sworn enemy, to reinforce his presence in close Syria, where the Israeli army carried out fatal raids against Iranian targets according to Teheran. Moreover, “if the agreement falls unresolved from substitution, that is likely to start a race with the nuclear weapon in the area”, one high ranking official estimates European at Brussels.

But Europe is likely to have the hand tieds since the United States announced the re–establishment of the sanctions against Iran, likely to prevent the economic consequences promised in Teheran in return for the abandonment of its military nuclear program.

Anxious to reassure Teheran, the European partners ensured Tuesday to want “to maintain the benefit economic” with the profit of the Iranian population. But “the pressure goes up because there exist forces in Iran which never liked this agreement and which insist on the fact that the Iranians filled their share of the contract, and not us”, considers the person in charge of Brussels.

In the tread of the announcement of the withdrawal of the United States of the agreement on the Iranian nuclear power on May 8th, the chief of the American diplomacy Mike Pompeo went to Pyongyang to advance arrangements of the historical meeting between Donald Trump and Kim Jong–un.

The United States with released Iran for approach of North Korea: “We think that the relations with the North Korea are building itself”, has on its side declared Donald Trump at the White House in a short televised speech. Conscious that the attitude of Washington in the Iranian file could potentially complicate the possibilities of convincing Pyongyang to give up its atomic weapons, Donald Trump endeavoured to reassure his homologous North–Korean: the withdrawal of Washington of this agreement was one of its promises of countryside.

This new surprise visit, the second in less than one month, should make it possible to Mike Pompeo to return with the exact date of this top, and perhaps even with three American prisoners currently held in North Korea. “We expect that it brings the date, the hour and the prisoners”, thus a person in charge South Korean at the Yonhap agency declared in the guise of anonymity, giving body to the rumours of the imminent release of these three Americans. 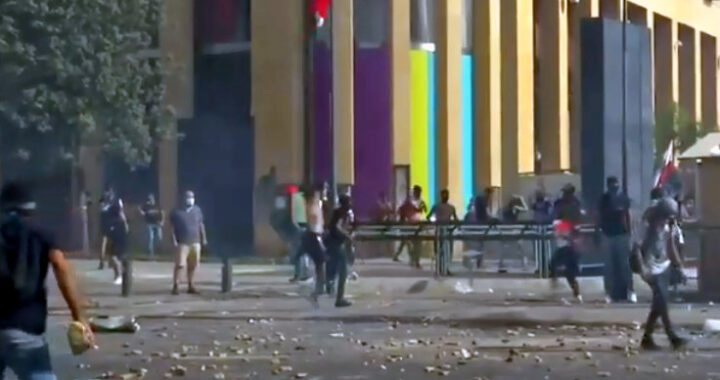 Protesters clash with security forces in Lebanon over deadly blast 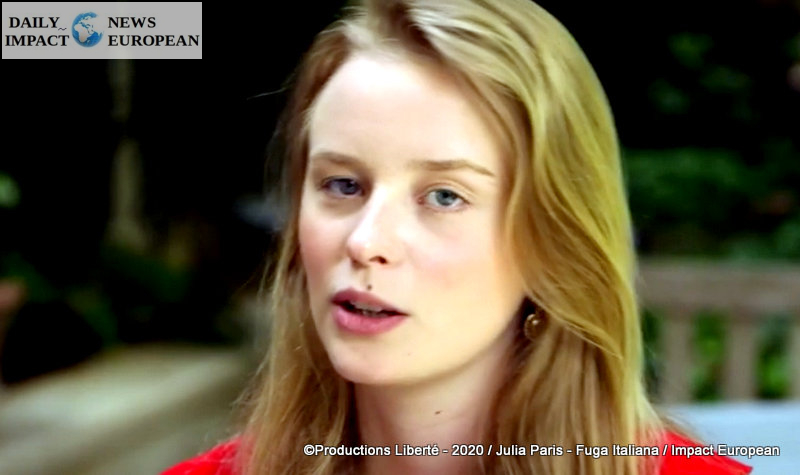 93 thoughts on “The United States withdraws agreement on the Iranian nuclear power and approaches the North Korea, but defies its allies in Europe”