BREAKING NEWS WORLD
1 mars 20191 mars 2019 Gabriel MIHAI Abdelaziz Bouteflika, against the prospect, Algiers-center, Bouira, Ghardaïa and Tiaret, of one 5th mandate of the president, thousands of Algerians, Tizi Ouzou
Please follow and like us:

Thousands of Algerians ravelled Friday in the center of Algiers, against the prospect for one 5th mandate of president Abdelaziz Bouteflika, vis–a–vis a police appearing overflowed.

By announcing on February 10th its candidature for the presidential election of April 18th, Mr. Bouteflika with the power since 1999 and which suffers from after–effects of a stroke (AVC) since 2013, put an end to long months of uncertainty, but also started a dispute of new width in 20 years and aiming directly it, of never considering.

The political events accelerated these last days. They are called to be it more as on April 18th approaches. There are indices which forecast this political stock. Initially, there are the popular demonstrations announced everywhere this Friday.
In Bouira, Tizi Ouzou, Ghardaïa and Tiaret of tens of people are already in the street to claim with president Bouteflika to give up aspiring to one 5th mandate. In Algiers, the former chief of the government and politician, Ali Benflis, shared a video showing it on Algiers–center.

The procession, composed men and women of all ages, went up along one of the main arteries which lead to the place, a crowd impressive, difficult to precisely evaluate, thousands of demonstrators, holding up Algerian flags, gathered close to the Place of the Large–Station, emblematic building of the center of the capital.

Not far, the police used tear gases to prevent demonstrators from reaching instead of May 1st, but was quickly overflowed by the converging flow of demonstrators of the streets which emerge several districts there.

Another long procession of several thousands of people, party of the Place of the Martyrs, succeeded in forcing several cords of police officers antiémeutes who try, to blows of tear gas jets, to prevent them from also converging towards the Large–Post office.

Since more than one week, thousands of people were found thus, without political color nor framing emanating from any movement in the streets of the country.

A journalist and a photographer of the Algerian written press were briefly challenged by the police, according to a journalist of the AFP on the spot, to which police officers required to move away for its “security”.

The reaction of the police, which up to now largely let make, even in Algiers where any demonstration is prohibited since 2001, was to be also observed closely, whereas the presidential camp announced this week that he did not intend to move back vis–a–vis the street.

Certain observers fear that the partisans of the Head of the State use the strong manner to avoid an electoral campaign with the double handicap of a candidate absent physically – Mr. Bouteflika appears more that on rare occasions and did not address itself to the nation since its AVC – and disputed in the street.

Of Mr. Bouteflika will be applied on March 3rd, announced its campaign director, Abdelmalek Sellal. “Nobody has the right to prevent an Algerian citizen from standing as a candidate. It is a constitutional law”.

The Head of the State has been however hospitalized for Sunday in Geneva, officially “for periodic medical examinations” and its return in Algeria was still not announced.

The mobilization, which is announced higher than that of the past week, was the principal main issue of this Friday, whereas it remains less than three days to the presidential camp to deposit within the deadlines – until Sunday midnight – the candidates‘ file of Mr. Bouteflika before the Constitutional council. The Constitutional council will make public the list of the continuing candidates for the presidential election in ten days as from the period closure of deposit of the files.

All the week, the gatherings of variable width followed one another: movement citizen, lawyers, students and journalists, expressed in turn. Thursday, about ten Algerian journalists were held during several hours after having taken part in Algiers with a gathering “against the censure” in the cover of the dispute.

International amnesty invited the police Thursday “to abstain from resorting to an excessive or useless force to disperse peaceful demonstrators”.

Last Monday, the gathering organized by Mouwatana was transformed into true demonstration to which took share of very many people nonconcerned at the beginning.
Initially, the police officers tried to ruin the movement while carrying out very many interpellations (several elderly people were embarked) and while devoting themselves to intimidations which obtained the adverse effect that required.

Vis–a–vis certain images which they did not support, the curious ones joined the mass protestor and more than one thousand of people was thus found to express in the center of the capital. Overflowed, the police only used of tear gases to disperse crowd.
This Tuesday, and little time after the end of the steps organized by the students and high–school pupils, of the confrontations took place (with the downtown area always) between groups of young people and CRS. As a whole, all the steps organized through the worldwide also proceeded without incidents.

Article 102.1 — When the President of the Republic, due to serious disease and durable, is unable total to exert its functions, the Constitutional council automatically meets, and after having checked the reality of this prevention by all adapted means, proposes, unanimously, at the Parliament to declare the state of prevention.
The Parliament sitting in joined together rooms declares the state of prevention of the President of the Republic, in the majority of two thirds (2/3) of her members and instructs with the interim of the Head of the State, for one period maximum forty–five (45) days, the President of the Council of the Nation, which exerts its prerogatives in the respect of the provisions of article 104 of the Constitution.
In the event of continuation of the prevention to the expiry of the period forty–five (45) days, it is proceeded to a declaration of vacancy per full resignation, according to the procedure aimed to the subparagraphs above and according to the provisions of the following subparagraphs of this article. 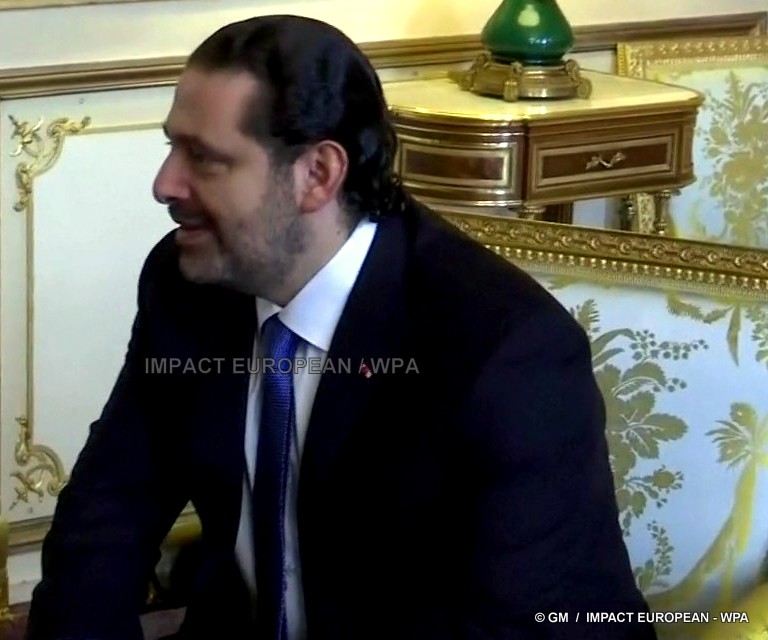 Lebanon: Saad Hariri taken back at his post of Prime Minister

The Indian chief Raoni was received in the Elysium by Macron 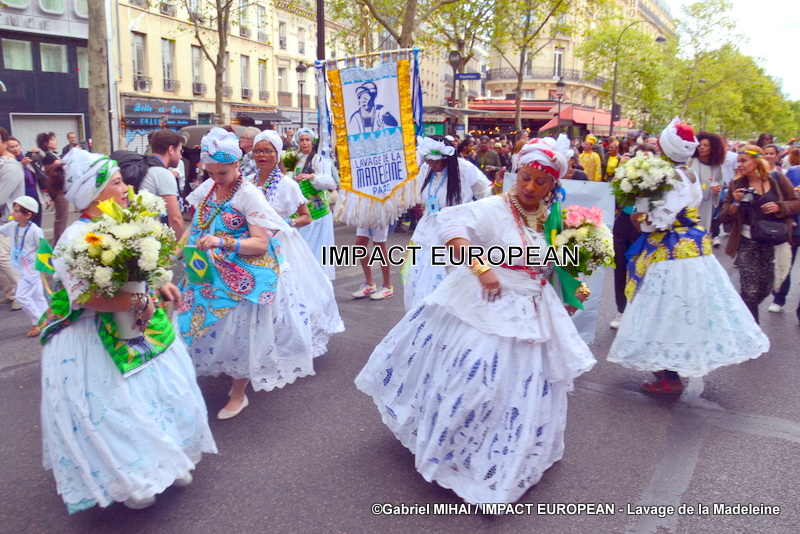