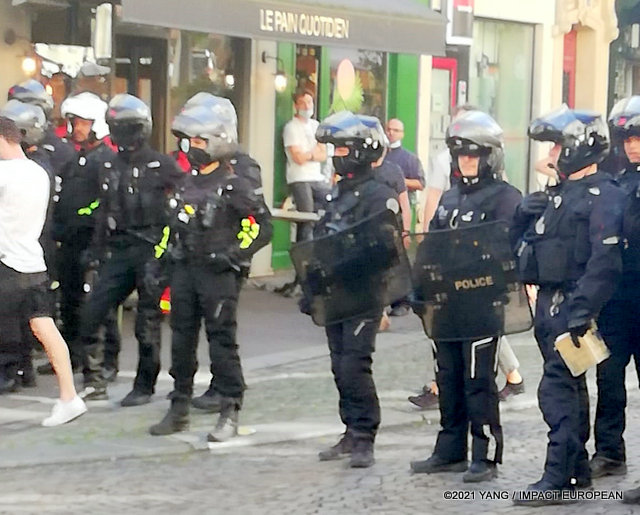 For the 5th consecutive Saturday, nearly 215,000 people demonstrated throughout France against the health pass and compulsory vaccination in certain professions.

The 5th day of mobilization against the health pass was held on August 14. On this occasion, 217 demonstrations took place throughout France.

For the 5th consecutive Saturday, nearly 215,000 people demonstrated throughout France against the health pass and compulsory vaccination in certain professions. Despite a drop in participation, they were still very numerous to parade during this summer period and in the heat. Certain “wild demonstrations” were also held, always in the calm.

The day before, dozens of protesters had gathered on “wild terraces” to show their opposition to the decisions of the government. They had organized these “aperitif in music” in a festive way, following the applications of 9 (bars, restaurants, cinemas, museums, …) and 16 August (shopping centers, amusement parks, …). However, the many police forces, present on the spot, had to intervene to fold the tables and disperse the offenders.

In Paris, 3 processions were declared. There were no less than 143,000 participants despite a declining figure. On this occasion, 1,600 gendarmes and CRS were deployed in the capital. The longest procession, called by “Gilets Jaunes”, left Porte Dorée (75012) to reach Place Clichy (75009) via Place de la Bastille (75011). A second, at the call of Florian Philippot, left from Place de Castiglione (75014), behind Montparnasse station in the direction of Port-Royal (75005). A third went from the Bourse (75002) to the Royal Palace (75001). Among the demonstrators, families came with the children, displayed signs on which one could read “Let us free France”, “Yes to the freedom to choose” or “Take back your Macron pass and get out”.

The demonstration started from the Porte Dorée at 1 p.m. She was supervised by many police forces. The demonstrators were still as numerous as ever. They headed for the Nation, the Bastille and the Republic to reach the Place Clichy. There were signs against the vaccine and the health pass but also against the policy of Emmanuel Macron. This translated into slogans like “Vaccination, let them come and get me!” in co-rating with the president’s statements to LREM deputies at the start of his five-year term. We could also hear slogans like “The pass, we don’t want it!”, “No to the sanitary pass!” and sing “We are here! …”. There were some scuffles during the dispersal at the arrival of the procession, Place Clichy.

Demonstration of the “Patriots”

More than 10,000 demonstrators gathered in Place de Catalogne (Montparnasse district), at the call of the leader of the “Patriots”, Florian Philippot.

The procession left Place de Catalogne around 2:30 p.m. It included many tricolor flags, some of which are stamped with the Cross of Lorraine. All sang the Marseillaise at the top of their lungs. In the crowd, caregivers in white coats, firefighters, ordinary men and women, clergymen (unprecedented!), Families who came with their children.…

For 39 weeks, Florian Philippot, has been present at each event while the RN remains discreet about the problem. During his interventions, he insists that he is “against the sanitary pass”, what he calls “dictatorship”, even “apartheid”.

Events in the provinces

Unlike the capital, the province mobilized more on August 14, especially in the south-east of France. The return of sanitary measures, including the compulsory mask outside in the south, is one of the main reasons. This is why the parades of Toulon (15,000), Montpellier (10,000), Nice, Marseille and Perpignan were significant.

In Brittany, Normandy (2,000 in Rouen, 1,250 in Le Havre), Auvergne-Rhône-Alpes, Occitanie and in the other regions, the mobilization did not weaken during this weekend of August 15.

The epidemic and the demonstrations

On the epidemic side, the “Delta” variant has exploded in children, which implies an increase in the incidence rate in children under 9 years old. The week of August 6 to August 12, there were 122 cases of coronavirus per 100,000 population in this age group, 17% more than the previous week.

On August 14, a cluster was observed in a summer camp in Belle-Île-en-Mer (56): 62 children tested positive for Covid-19. The authorities specially chartered a boat to repatriate them on August 17 to Quiberon.

Following these events, the government is stepping up its calls for vaccination, despite the demonstrations and the increase in opponents of the compulsory health pass.

When the health pass was extended, the government set a target of 50 million first-time vaccines by the end of August. However, the goal seems increasingly difficult to achieve due to a drop in injections in recent days.

Beside that, the tension mounts and we observed near Toulouse, a vaccination center against the Covid-19 vandalized. On the night of Monday to Tuesday, 500 doses of the Covid-19 vaccine were destroyed. The center should resume its activities before the weekend. 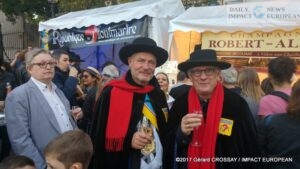 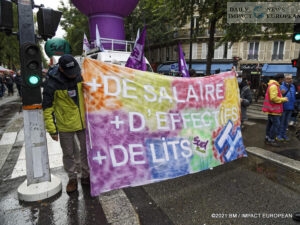 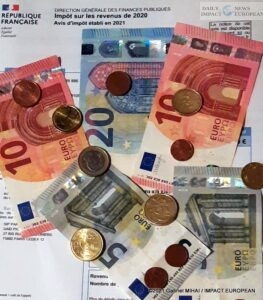